Female serial killers are just not as common as male serial killers, which is why they hold a much more mysterious air around them. People tend to be more interested in female serial killers just because of how rare they are, and how different their motives are from men. Belle Gunness is one of the most interesting serial killers of them all. She came from a small town in Norway and a moderately wealthy family. Things took a twist when she emigrated to Chicago in 1991 and immediately found a man to marry. Thus began her reign of terror. The candy store that she and her husband mysteriously burnt down. Then, in 1900, her husband died on the day his insurance policies overlapped. His death was worth twice as much. Belle used the life insurance money to buy a farm in La Porte, Indiana.

Soon after, she married her second husband, Peter Gunness. He died in 1902 after a meat grinder ended up crashing onto his head. Belle was now in the business for hiring farmhands. She began to place personal ads in Norwegian-language U.S. newspapers, wanting good and reliable men to help her on the farm. As always, each ad ended with the sentence, “Some little cash is required for which will be furnished first-class security.” It’s estimated that Belle murdered between 25 to 40 individuals. in April of 1908, her farmhouse was found burnt to the ground. Authorities found the headless body of an adult woman and Belle’s three children in the basement. They ended up unearthing 11 bodies on the property as well. 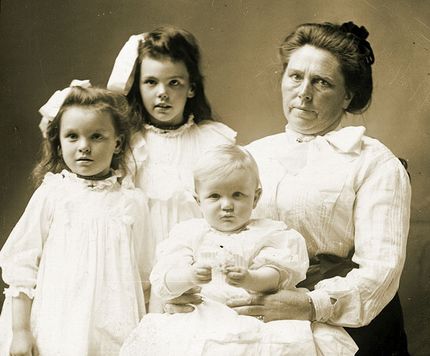 Ray Lamphere, the only farmhand she ever spared, was convicted of arson. That’s when he unveiled all of the murders she had committed over the years. Belle allegedly told him to burn the farmhouse down with her children inside. He also said that the female body inside was not Belle. It’s now believed that she faked her own death and fled. To this day, no one knows what came of her.