From the creators of Slain: Back from Hell, Valfaris is here to melt your brain, in the best way possible. 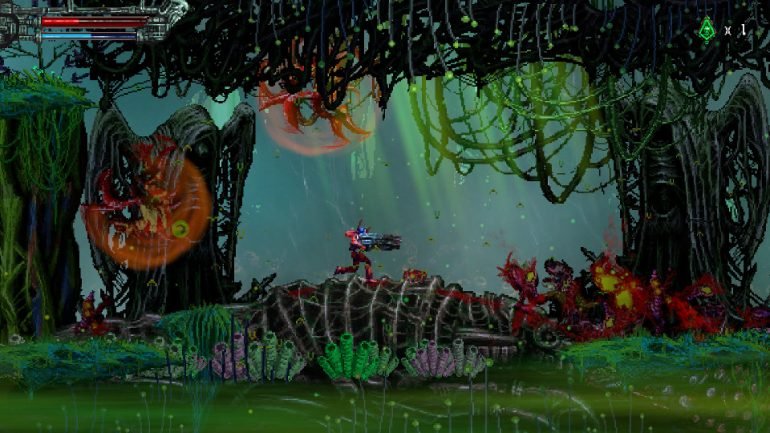 This one is for the fans of Metal Slug and Contra that just never got the cohesive game they begged for. This game is vaguely reminiscent of Metalocalypse but still keeps true to its own bizarre origins, incorporating satanic themes amidst the alien planet mantra.

This game takes the Metroid image and ups the ante to a place that coincides with a modern sensibility. Instead of firing standard lasers and bullets, you fireballs of hardened superheated rock, golden skulls, longswords, turtles, and many more questionably lethal objects.

As if this game took a page out of Sundered‘s book, the bosses and enemies in this game are both beautiful and unforgettable. Creativity seems almost endless from the perspective of their canvas. This game borrows all of the incredibly effective tactics used by successful modern indie game makers, so in theory, this cannot be a flop. 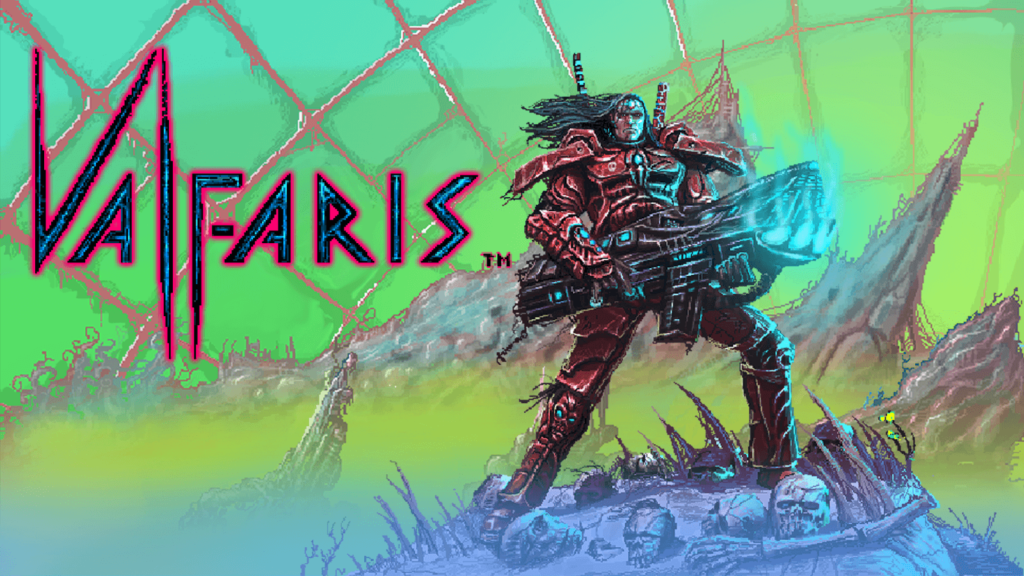 Not to mention, the soundtrack of Valfaris was composted by Curt Victor Bryant, former guitarist of Celtic Frost and multi-instrumentalist. All of the game art was hand-drawn and then adapted to the 64-bit style by a man named Andrew Gilmour, who co-developed Slain, as well as Valfaris.

No reviews, pre-release copies, nor gameplay videos have been released yet, however, we are expecting rave reviews based on the topic and the amount of effort that went into creating this monster.