The Kostel svatÃ©ho JiÅ™Ã­ in Czechia had been abandoned for over 40 years before one sculpture student decided to bring it’s creepy history back into the spotlight.

It was consecrated in 1352, and since then, it was victim to tons of fires over the years. It had been rebuilt many times. Even over the hundreds of years that it was in service, each congregation decided to rebuild the church in order to combat the evils that was trying to destroy it.

In 1968, part of the roof caved in during a funeral service. To this congregation, this was the final straw. This church was haunted and whatever devilish spirit was in there did not want them. So, they all fled, leaving it abandoned. 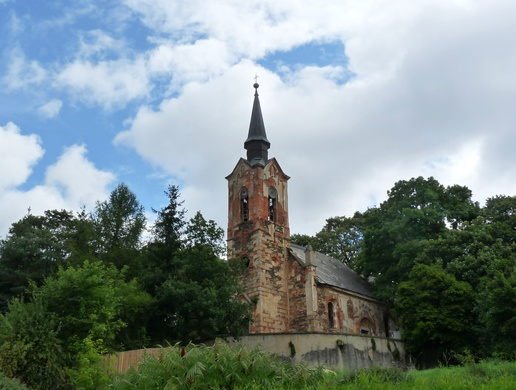 Over the years, the church became a victim of theft and vandalism, as most abandoned places do.

It wasn’t until 2018 when a sculpture student decided to bring some life back into the place. Locals wanted to rebuild the church as it was a vital piece of history, but they couldn’t find the money. That’s when Jakub Hadrava stepped in.

He sculpted life-sized ghosts using his friends as models. When the project was complete, 30 ghosts were now residing in the church. News spread quickly of the bizarre exhibit and tourists flocked the area. 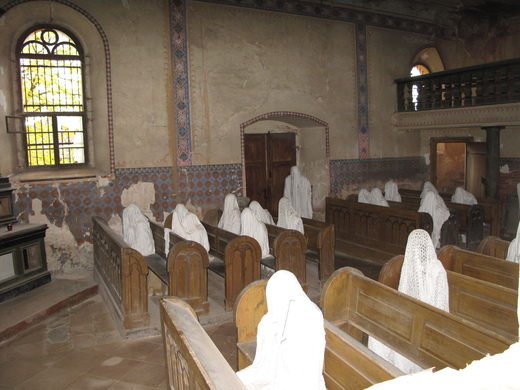 Donations are left at the church to help keep up the failing structure.

Hadrava also wanted to highlight a key part of the towns history. LukovÃ¡, formerly Lukowa, was a part of the Austria-Hungarian empire and became a part of Czechoslovakia after WWI. Then, Nazi’s annexed the area to Germany in 1938 and declared all German-speaking citizens German, which lead to the expulsion of them from Czechoslovakia.

The ghosts represent the German-speaking people who lived there and helped rebuild the church and the community.