How Vlad Dracula Got His Name

Vlad III, Prince of Wallachia, was born in 1431 to Vlad II, ruler of Wallachia. The country was right in the middle of Christian-ruled Europe and Muslim-ruled Ottoman Empire, making it a hot spot for war and unrest.

Vlad II eventually gained the name Vlad Dracul, where dracul meant dragon. He was known by his people as a powerful and well-respected ruler.

During a battle, Vlad Dracul and the Sultan Murad II met to speak diplomatically. Vlad Dracul brought Vlad III and his brother to teach them how speaking with the enemy is crucial.

The three royals were captured and held hostage by Ottoman diplomats, apparent victims of a trap. They released Vlad Dracul under the agreement that they could keep his two young sons.

Dracul left his sons behind hoping that this was the best and safest decision. Turns out, it was. 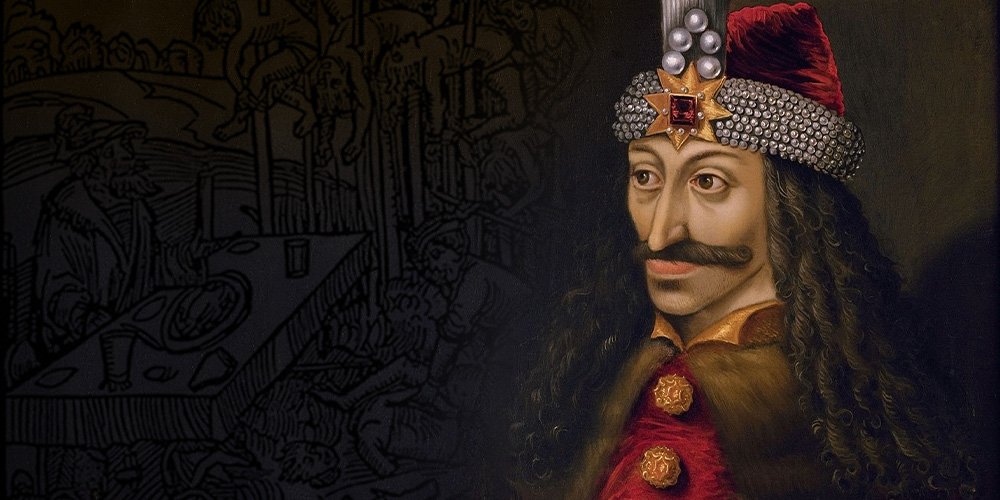 Dracul and his oldest son were brutally murdered soon after. Vlad Dracul was killed in the swamps behind the castle by warlords and the oldest son was tortured, blinded, and buried alive.

Many historians agree that this was the turning point for Vlad III.

He began to call himself Vlad Dracula, meaning son of the dragon.

Vlad Dracula ended up regaining the power of Wallachia after multiple failures and many years. Many locals were in an uproar. Dracula decided to invite anyone who opposed him to the castle for a diplomatic banquet…

When they arrived, he and his men stabbed them all and impaled their barely-alive bodies on spikes.

This was Dracula’s favorite way of punishment. Allegedly, he killed 80,000 people and impaled 20,000 of them. Many of them were Saxon merchants, Ottoman deserters, and treasonous prisoners.

He used his horrific methods to try and deter the Ottomans from trying to overtake him. The sights of hundreds of impaled bodies all over battle fields and the castle absolutely worked.

Vlad Dracula was eventually overthrown by Ottoman enemies after years of gaining the strength and courage to do so. They stormed his castle and murdered him on the spot. Legend has it, they paraded his head on a spike all the way back to Constantinople.