Is This Really the Devil’s Bible?

The Codex Gigas is an 800-year-old book that continues to impress and shock historians.

It’s three feet tall, 165 pounds, and 310 pages long made mainly of the skins of donkeys and calves.

The most impressive feat is that they believe only one person wrote it. It’s completely handwritten and they can only detect one person’s penmanship. 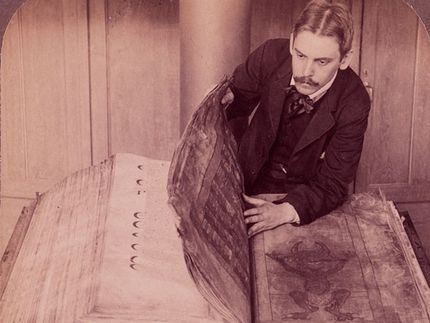 There are a lot of things that are detailed in this book. It contains the entire Latin Bible, other religious writings, books, and medical texts all written in Latin, and finally, the Devil’s Prayer.

On page 290, Lucifer makes his appearance. Many believe that a monk who broke his vowes was tasked to write this book in just one day and enlisted the help of the devil to complete the task.

Modern research says it would take five years of non-stop writing it complete the text.

There are more exorcisms and magic spells highlighted in this text than religious material, making it much more sinister and devil-ish. People reading the book immediately dubbed it as Satan’s Bible.

The text was taken by Sweden in 1649 after raiding a Monastery in Bohemia (now the Czech Republic). It’s been on display ever since, showing visitors what the only words of the Devil written to mortals… Allegedly.