When a local man gets continually put down by the government, he fights back by destroying everything in sight. 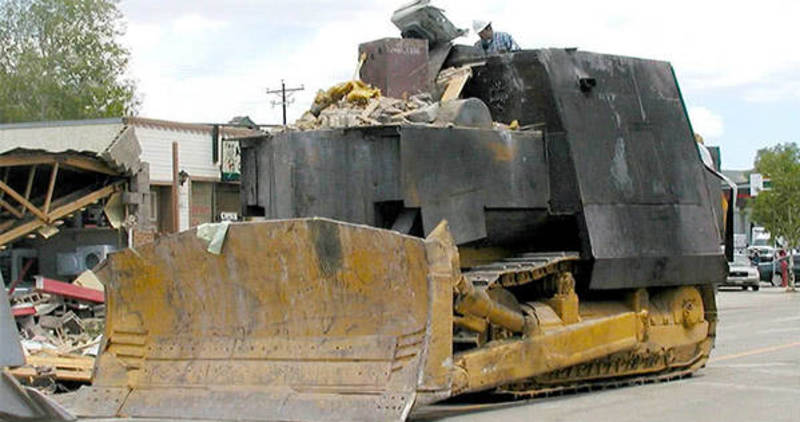 In 2004, Marvin Heemeyer owned a muffler repair shop in the small town of Granby, Colorado. He was actively losing a zoning dispute to the city, and as payback, he decided to make an armored bulldozer that contained a bunch of automatic weapons inside of it.

Heemeyer was an experienced welder and mechanic, but the Killdozer took him nearly an entire year to put together.

The outside of this CAT brand bulldozer is reinforced with several hundred pounds of concrete and steel, making the vehicle completely bullet and explosive proof.

Heemeyer used this bulldozer to demolish several important buildings in Granby, like the Town Hall, the mayor’s former house, and several corporate department stores that had opened within the year.

All the while, the police were desperately trying to stop him with helicopters, high powered rifles, and sending in vehicle diversions that were all just blown through by Killdozer. 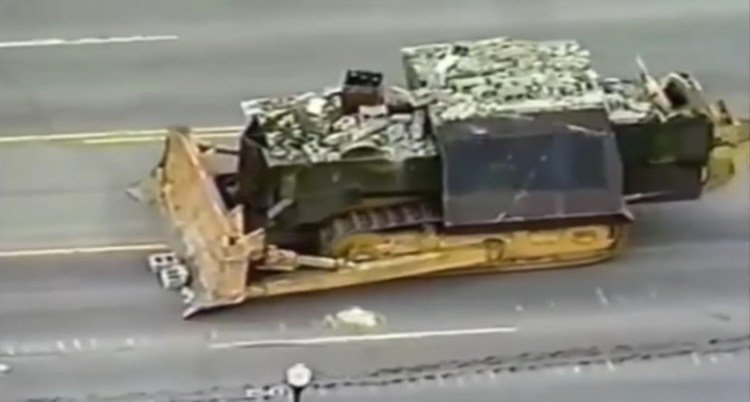 Killdozer destroyed 13 buildings (nearly $5 million worth of damage) in total and injured nobody.

Killdozer only stopped when Heemeyer drove into a department store and the ground floor collapsed, trapping him and the Killdozer in the basement.

Heemeyer committed suicide before authorities were able to open the vehicle, which ended up taking nearly 30 hours of cutting and jackhammering.

The movie Tread just came out back in March, documenting Heemeyer’s motives and compulsions prior to the incident. Killdozer amassed a wild amount of supporters, but lest we forget, Heemeyer was a violent domestic terrorist.