London in the 1800s wasn’t the most fun place to be. Heavy, constant drinking, public executions, and Jack the Ripper kind of made it a bit dark and dismal.

One thing London is best known for is its ancient taverns and pubs. The Viaduct Tavern is one of those pubs, and is still in business! It’s one of the last known Gin Palace’s that took over the city.

This was a popular spot for high-end folk to gather throughout the day. Of course, it wasn’t always swimmingly easy. Even today, you can still see bullet holes all over the building. 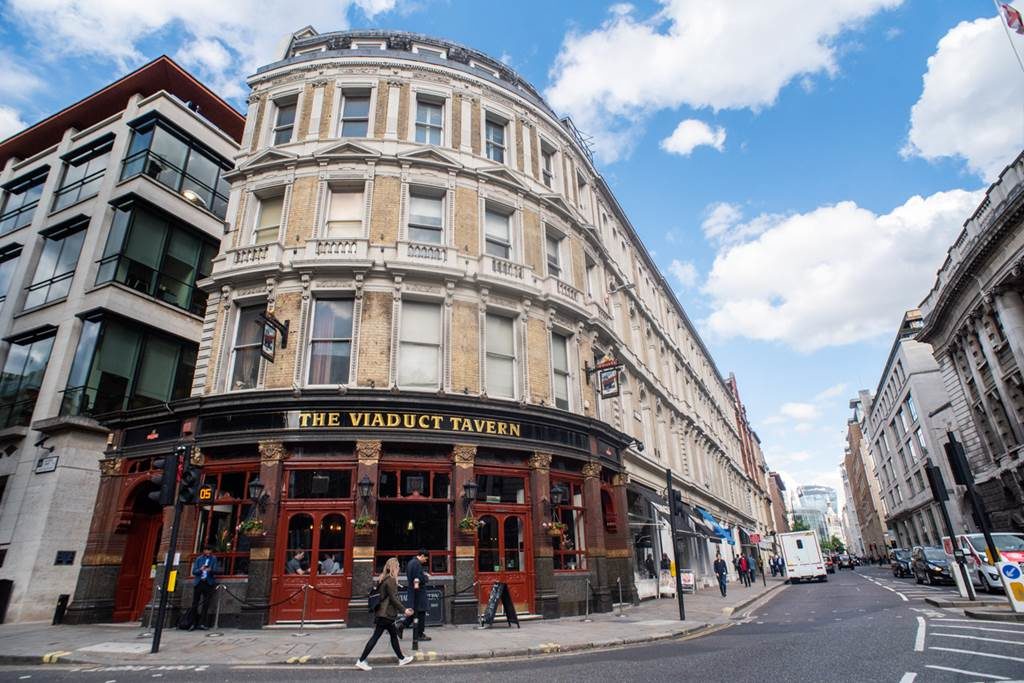 Sometimes, things got so out of control that the managers of the tavern had to put people in cells down in the basement…

Now, this type of stuff isn’t super bizarre in terms of 19th Century London. The thing that makes it scary is the old prison that was right across the street…

The Old Newgate Prison stood across the street of the pub, and in between the two were the popular execution grounds. Folks of London loved a public execution and would gather in the area just to watch it go down at 8 am sharp.

During these execution days, people would party and drink all morning. Of course, with drinking comes violence (especially in those days.)

Many Londoners would put this tavern on the list of most haunted places in London.

People will hear footsteps, have their drinks moved around when their back is turned, and even get tapped on the shoulder! 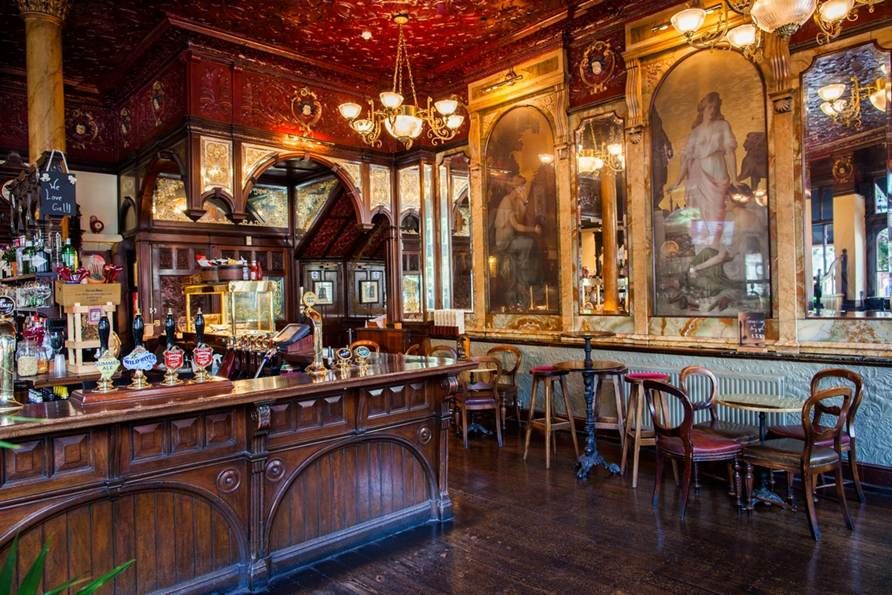 The landlord’s daughter had one particularly scary experience in the 1980s. She was sitting in an upstairs bedroom (closed off to the public) reading a newspaper when the door suddenly swung open.

The newspaper was ripped from her hands and seemingly thrown onto the floor. She was confused and dazed and ran down the hallway trying to catch whoever did this… But, there was no one upstairs.

Who knows! This could be fake in order to get more business, but who knows? The pub itself is quite good, and people like to visit for the atmosphere… And the haunts.