In 1995, Mike Marcum was an electrical student. He was building a Jacobs Ladder at his home when he noticed something bizarre. The continuous arc made by the Jacobs Ladder apparently made a sheet metal screw disappear. It only vanished for half a second, but it was enough for Marcum to embark on a life journey to time traveling.

In order to build a time machine that could handle a human, he decided to steal six old transformers from a power generating station in Missouri. He ended up causing a mass blackout in his neighborhood. Police officers went and arrested him for stealing the transformers. After his stint in jail, he went on Art Bell's Coast to Coast Radio show and talked about his attempt at time traveling (legally). 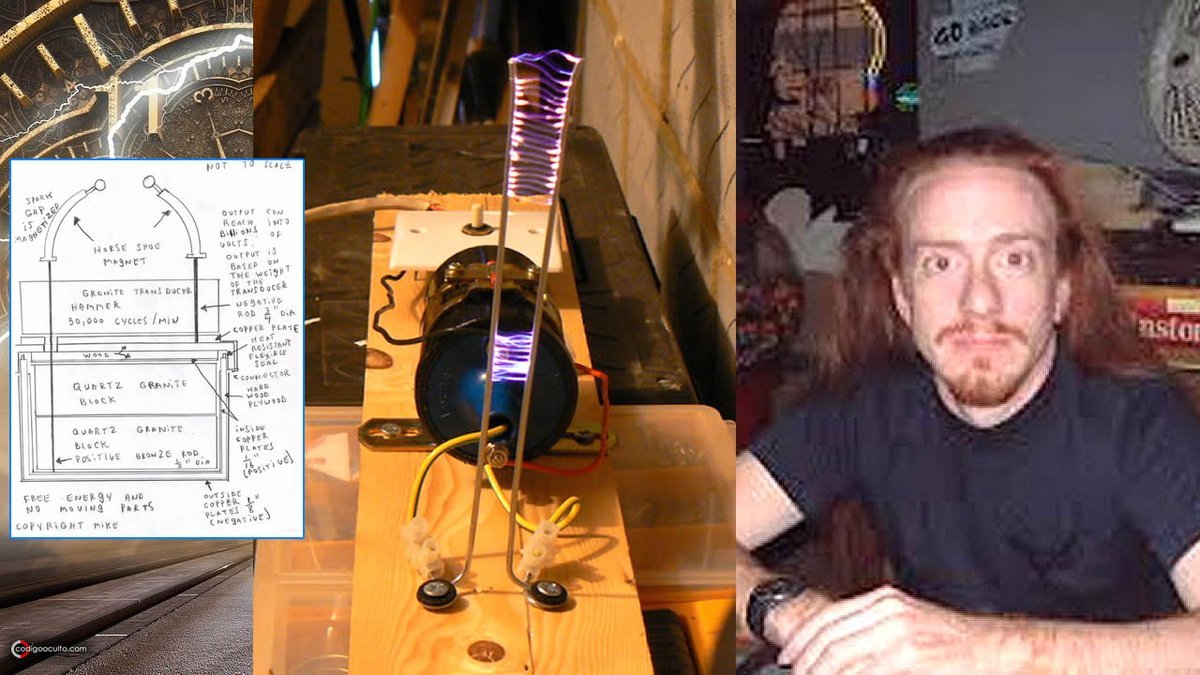 Thanks to the radio show, he was able to give out his phone number and link up with people who could help him on his journey. He was given spare parts, donations, and advice from eager listeners.

One year later, Bell had Marcum as a guest once again. Marcum said he was testing a sophisticated time machine... one with an electromagnetic vortex big enough for a human. He also said that he was about 30 days away from completing his time machine. 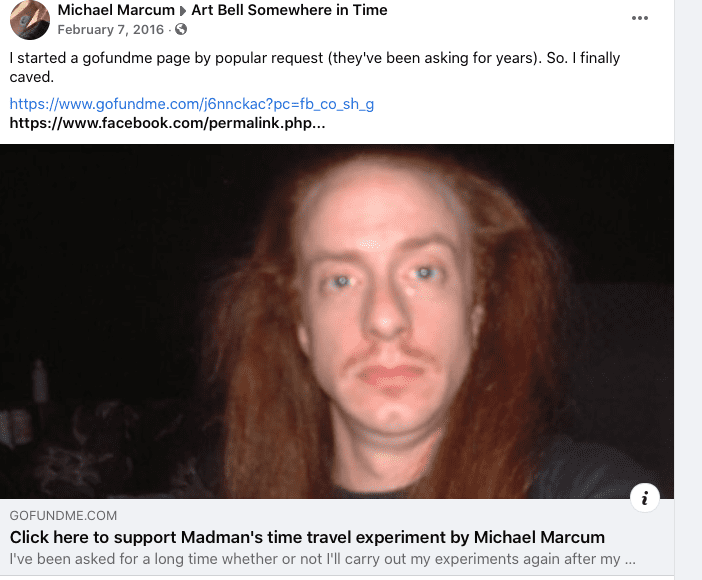 Marcum apparently vanished after that, but he's popped up here and there. It doesn't seem like his time machine experiments have been successful.

In 2016, he posted on Facebook a link to a gofundme page for folks to help further his experiments. The link is now dead and no page exists.