In 1705, an IrishÂ woman named Marjorie McCall died after battling a fever. Quickly after she passed, her family rushed to bury her to avoid any spreading of the disease that she had. Because of her illness, her body swelled. Her wedding ring was stuck on her finger, so her husband couldn’t remove it. Many bodies were buried with their jewelryÂ for reasons like that. In 18th Century Ireland, people did not want not want to mess with deadly illnesses. Marjorie was a grave robbers dream. The very same evening that she was buried, grave robbers took advantage of the freshly dug soil to dig her up. They, too, tried taking her ring off but had no luck. So, they decided to cut her finger off. That’s when they got a very rude awakening. 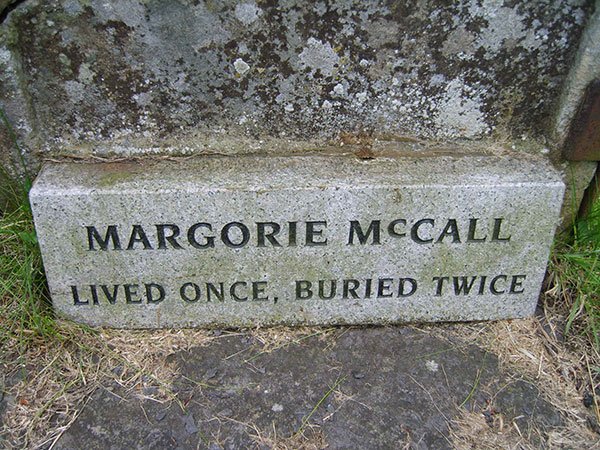 Marjorie was jostled out of her subsequent coma after they cut off her finger, sat up, and screamed. The robbers screamed as well. Some say they dropped dead right there. Others think they ran and ran until they couldn’t run anymore. Marjorie got out of the hole and headed home. John opened the door to a familiar knock to see his dead wife. It’s said that he died right at the sight of her. 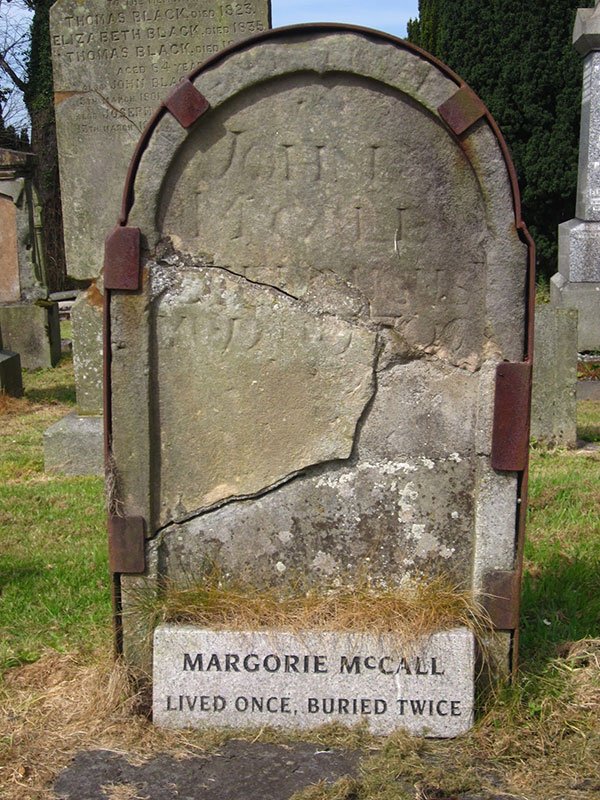 John was buried in the plot that Marjorie had vacated, and it still stands today. Underneath, another placard honoring Marjorie was placed in 1860. After that entire debacle, Marjorie re-married and had even more children. She died and was buried in Shankill Cemetary in Lurgan, Ireland, where her gravestone also still stands.