The Shelley’s had an extremely tumultuous marriage, which is fitting for her genre of writing! Mary Shelley and her husband, poet Percy Shelley, had an eye for the bizarre and supernatural.

When Mary and Percy met, Percy was still married. They began having an affair in 1814, and ran off together. When they returned, Mary was pregnant with Percy’s child.

The baby was born prematurely and quickly passed away.

Mary soon lost her half-sister to suicide. While grieving for her child and sister, Percy’s first wife killed herself. The couple felt extremely guilty, which was extremely hard for them as they were already grieving.

Mary and Percy went on to have three more children. Two of them died, while the fourth, and only one, survived.

In 1822, Percy drowned in a sailboat accident.

All of this happened in the span of eight years.

Mary had a tumultuous and horrific few years… Obviously, she was in a deep state of mourning. She lost three children and her husband in a span of eight years.

So, it’s almost not surprising to learn that she ended up stealing her husband’s heart and keeping it in a desk drawer. Literally.

This wasn’t her plan, initially.

When Percy was cremated, his body refused to burn. Doctors believed it was because his body calcified after tuberculosis. 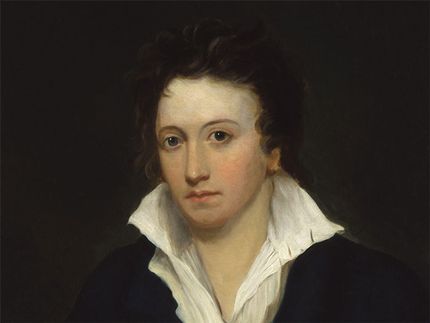 Instead, Percy’s organs were taken out and he was buried. Mary found out that Percy’s friend, Leigh Hunt, actually took the dead poets heart because his “love for his friend was greater than any other love.”

Mary, on the other hand, wasn’t having it. After a while, she was finally able to get it back from him and ended up keeping it for the rest of her life.

After Mary died, the heart was found wrapped in one of his last poems ever written.