Midsommar Was Creepy, but Was It as Terrifying as Hereditary?

Ari Aster is back at it again with another absolute banger, but does this one bang as hard as Hereditary? Let’s get critical. (MAJOR SPOILERS AHEAD) 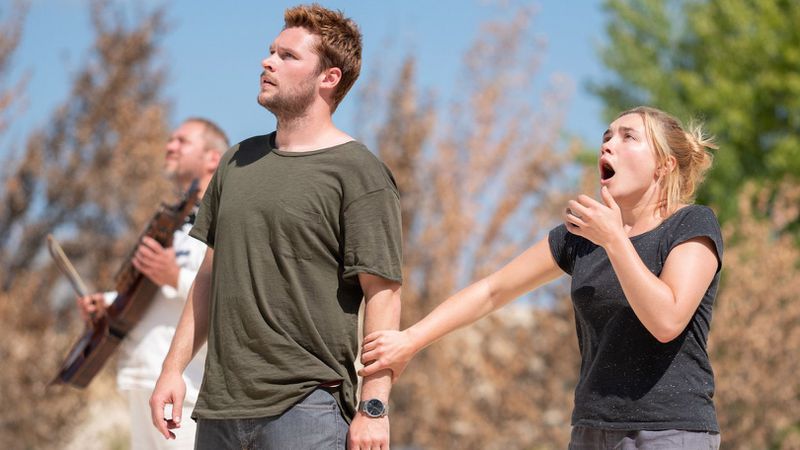 Ari Aster is the mastermind behind two stunning films now. Hereditary was a powerfully tense thriller with dark themes about family, grief, and loss. It almost seemed like the occult plotline and the family dynamic in Hereditary built tension equally. Whereas, in Midsommar, the friendship dynamic brought comic relief as opposed to building tension.

Assuming you have seen the movie if you’re reading this (if not, what the heck are you doing?? Don’t ruin this for yourself please) you probably noticed that Aster used comedy to essentially lighten the load of the bizarre and terrifying circumstances of the film. Don’t get it twisted, there are some really f*cked up scenes and some horrible circumstances that the main character Dani (Florence Pugh) had to endure.

From the camera’s perspective, you essentially view this experience through Dani’s eyes. Although the plot bounces back and forth from characters to build tension, Dani is the focal point. The foreshadowing in this movie is not so subtle. You practically know that Dani will become the May Queen very early on in the film when Pelle (Vilhelm Blomgren) takes a liking to her.

Midsommar and Hereditary are similar in terms of pacing and conclusion. However, what makes them different is the tone that Aster presents. Instead of instilling a feeling of dread, while still exemplifying the most accurate depiction of human grief that arguably any director has put forth ever, Aster chooses to fill the gaps with humor. Aster used discomforting tones in Hereditary, whereas in Midsommar, he played on awkwardness and the humor behind Western thinking and American’s perception of cultural traditions.

This movie WILL NOT make you jump out of your pants as Hereditary did. However, it will make you squirm, laugh, wince, and sigh. It wasn’t the horror movie we wanted here at Inside Mystery, but it was definitely something special. We give it 4 Pagan rituals out of 5.