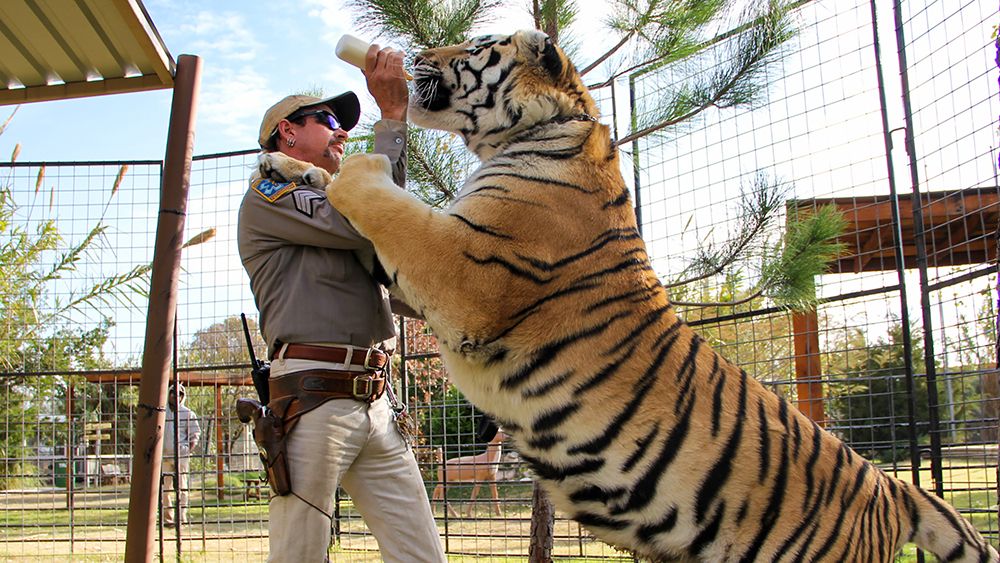 Thanks to the COVID-19 quarantine crisis, the Netflix docuseries "Tiger King: Murder, Mayhem and madness" has risen to get some major public attention. There is just something about Joe Exotic that the public cannot get enough of. Maybe it's his personality, maybe it's the tigers he raised, or maybe it's the fact that he's on a 22-year prison sentence for plotting to hire a hitman to murder a woman named Carole Baskin.

For those who don't know, Carole Baskin is the wife of the world-famous disappeared tiger tamer, Don Lewis. Lewis Disappeared in 1997, and it is widely assumed that his wife, Carole Baskin, had him murdered and fed to his pet tigers. 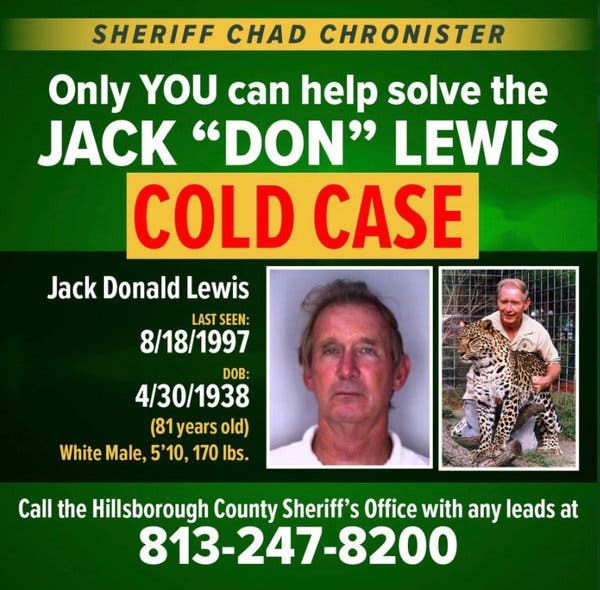 In 2017, Joe Exotic was tracked down by Florida authorities for his involvement in a plot to hire a hitman to take out Carole Baskin. This happened after Baskin took complete control over Don Lewis' tiger sanctuary and accused Joe Exotic of mishandling his tigers. Baskin had always been an open critic of Exotic and his practices, and she took him to court on a $1 million infringement case, of which he lost.

Due to the case's popularity, Hillsborough, Florida sheriff Chad Chronister made the decision to start looking for new leads in the case of Don Lewis' disappearance.

Whether this will actually shed light on Baskin's true intentions is undetermined as of right now. However, we may be looking at a continuation of the Tiger King if this investigation turns anything up.