No One Knows What happened To This Massive Cargo Liner

The SS Morro Castle had been making trips around the world for four years without a problem. The massive liner could hold 489 passengers and 240 crew members. It was a popular liner to bring passengers from New York to Havana, Cuba.

On September 8th, 1934, the liner caught fire and burned to the point of sinking. It killed more than 100 people on board. Many believe it was no accidentâ€¦

The night before, Captain Robert Wilmott began to complain of stomach troubles after he had dinner in his quarters. He passed away that night, leaving Chief Officer William Warms to man the ship. 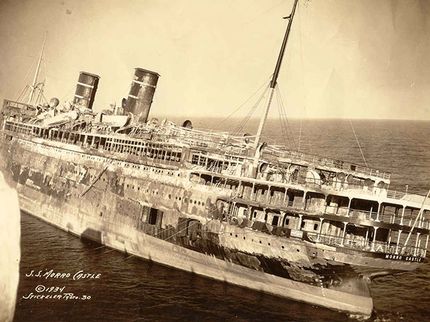 A fire broke out in the ship, and engulfed the entire ship in flames within a half hour. Due to poor handling of the situation, many of the passengers and crew were left confused as to what was happening. They lost power after 20 minutes, so there was no call for help.

The fact that the ship sank soon after the captain died was extremely suspicious. In an even weirder twist, the captain believed that someone on board was trying to kill him. The suspect was chief radio officer George White Rogers.

Rogers story after the fire was a weird one. At first, he appeared to be a hero. He stayed on board until all of the passengers had left the ship. It was seen as a true act of bravery. Then, people began to talk. He quickly became a suspect in the arson of the ship and the murder of Captain Wilmott. 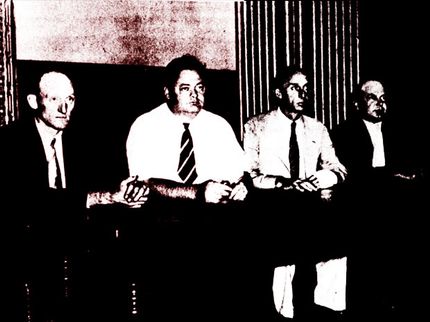 Even after all of this, he still had al ife to live. He got a job as an assistant in the radio room at a police department. He was later convicted of attempted murder, as he was found with a bomb that was going to be used on his supervisor.

He was sentenced to prison and released in 1942. He was arrested again in 1954 and convicted of the murder of his friend, William Hummel. There was evidence pointing to the fact that he had owed Hummel a lot of money.

Rogers ended up dying in prison. There was even enough concrete evidence to truly charge him with the sinking of the ship, but many people still suspect him of doing so, especially with his colorful history.