Archeologists recently made a pretty crazy discovery in Poland… Actual vampire graves! Maybe. These bodies were disposedÂ of in the most bizarre ways, which is leading many locals to believe that this was the work of terrified citizens trying to keep menacing vampires underground. 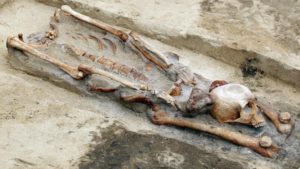 Here are the facts: Three bodies were found dated between the 13th and 14th centuries. Two of them show signs of kyphosis, which causes a hunched back. Both knees of the female’s body had been broken, and she was buried face down. 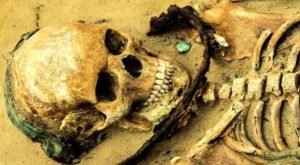 One of the males had been decapitated, while the others’ head was lodged between two rocks. In all skeletons, they found punctures to the spine and sacrum. Obviously, this was the work of some paranoid villagers. Better safe than sorry!