On one of the first nice days of the year in Philadelphia, 15-year old Antonio Walker Jr. went to go play basketball with his 14-year-old cousin. The two boys were on the court when they heard gunshots. They tried to take cover when a car started coming at them. An arm was seen extended outside of the rear window. More shots were fired, and Walker was struck.

Walker's parents have spoken up about their bright and inspired son. He was a star athlete with a specialty in track, a vegetarian, and an honor roll student. His other, Nydisha Williams, said that he wanted to be an engineer someday and looked up to Bob Ross and Elon Musk.

"My son is another number of this large rising number of homicides. My son is part of that number. It's devastating," Williams said, "His future was so bright, so bright."

Upon further investigation, police captain Jason Smith said that the shooting appears to be indiscriminate. "At this time, we have no reason to believe that these two kids were actually targeted." Reports said that laughter could be heard from the car where the gun was fired. 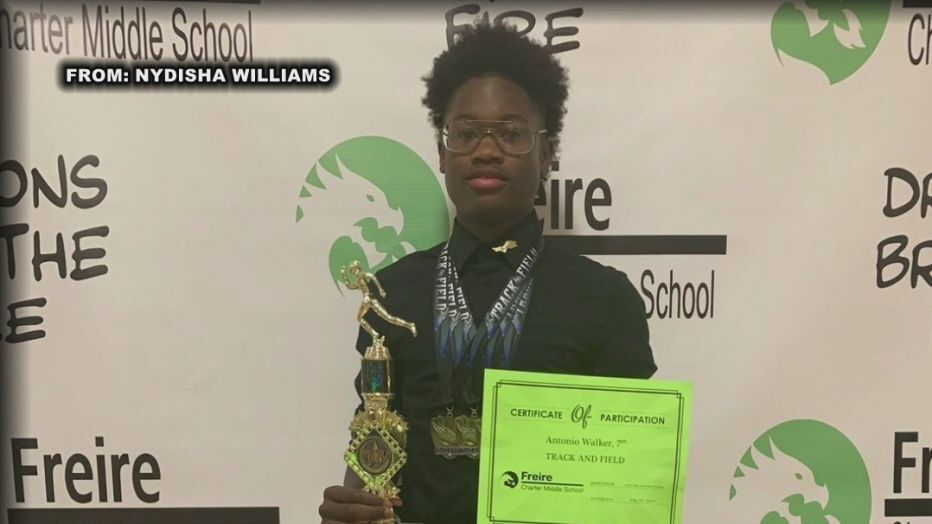 Officials from Freire Schools issued a statement on the loss of Antonio. It reads:

Antonio was a friend to all and an old soul-- he had the wisdom to him that truly made him stand out. He was authentic-- always himself, always honest, always real.Antonio shone inside and outside the classroom. He was an active participant in his classes and an avid debater. He had a style all his own-- that mohawk was fire, always! He was actively working on his clothing line. He loved animals and had recently become a vegetarian.Antonio loved track and his track teammates. He was a member of Freire's first Boys' Track Championship Team. The last time we were able to hold track meets in person, he took home four gold medals-- in the 4x100, 4x400, 200, and 400. He was the anchor leg for the Penn Relay team in 2019 that finished 5th overall.Antonio was beloved at Freire Schools by staff and students alike. More than 200 of us came together virtually this morning to grieve and begin to process. Antonio was truly a wonderful young man, and words can't begin to express how deeply we are feeling his loss.