A Redditor took to the r/Paranormal thread to share a harrowing experience with two truck drivers... The best part? There's video proof. Logistically, the poster cannot share the video, but they took screenshots to convey what happened to the truck drivers. The photos are pretty shocking.

Sometime last year, two big-rig truck drivers were headed to a delivery location early in the morning. The camera set up in the truck is very common, just to make sure that truck drivers are driving appropriately. The poster's father-in-law is in charge of looking over the footage whenever the camera is triggered to record.

"Anytime a driver hits brakes, speeds excessively, swerves, etc a camera automatically records just before to just after the incident," the Redditor explains. "It’s always on and running but only records when an unsafe event occurs and that footage is automatically uploaded and my father-in-law views it. There are two cameras, one records the driver and one faces the road." 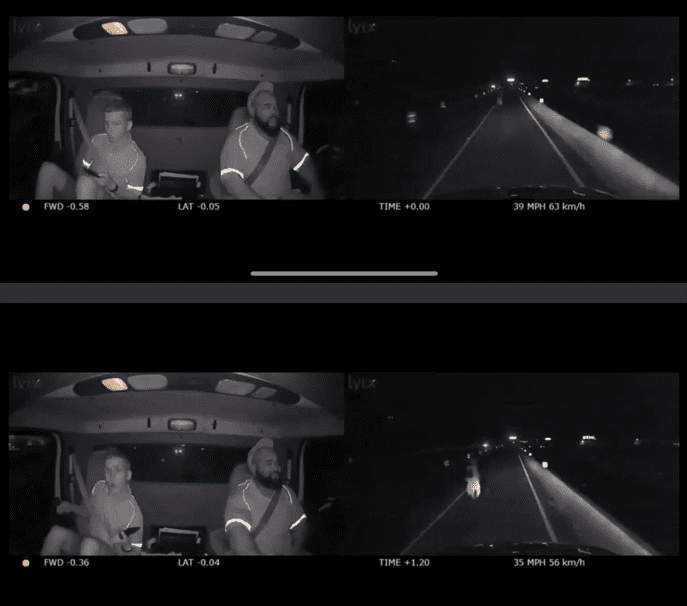 The video starts with the driver going at a speed of 40 miles per hour. In the second frame, you can see a mist form at the horizon line of the road, just where the trucker's lights begin to illuminate the space.

In the third frame, there's a very visible white figure in the road. The truck passenger obviously sees it... The look on his face is pure terror. Within seconds, the truck's speed decreases from 40 miles per hour to 22 miles per hour, meaning that the driver slammed on his breaks. The last frame is when the two men are looking back at the person that they thought they hit.

The video cuts off after the truck is stopped, but the two men do end up getting out to figure out what just happened. They looked for any sort of evidence that they hit a person, but couldn't find any. Still, they called the police. The investigation is still open, which is why the Redditor can't post the entire video. 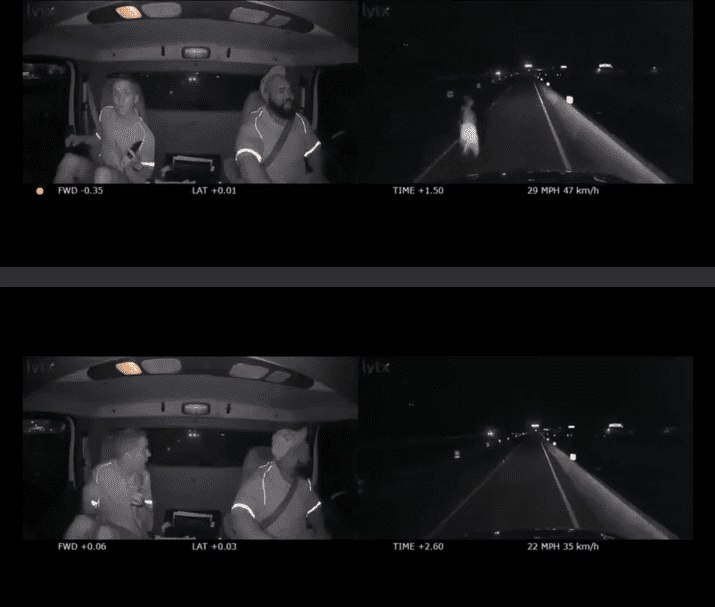 According to the poster, the men are also screaming in the cab. This entire incident has the company "in a tizzy," as the Redditor wrote. It's being called "The Ghost Incident" since, honestly, what else could you call it?

The case is certainly bizarre. Hopefully, this person can acquire the video itself to post. Until then, we're left with the disturbing images...