After Kangaroo Island was torched by wildfires, wildlife ecologists believed that the endemic pygmy possums living there had not survived. However, this week, amid hundreds of thousands of acres, the possum has seemed to have survived the massive destruction on the South Australian island. Despite almost 200,000 hectares burned by this year’s fires, the cercartetus lepidus (the pygmy possum) was discovered on the island. Weighing only seven grams total, this little guy was a living miracle.

"[T]he summer bushfires burnt through much of [the] habitat that species had, but we were certainly hopeful that we would find them," said ecologist Pat Hodgens, "It’s very important now because it is kind of like the last refuge for a lot of these species that really rely on very old long, unburned vegetation."

The possum is extremely rare and very endangered. In fact, it has only ever been recorded only 113 times officially by scientists. The little pygmies weren't the only species that many were surprised to see survive or thrive this year. 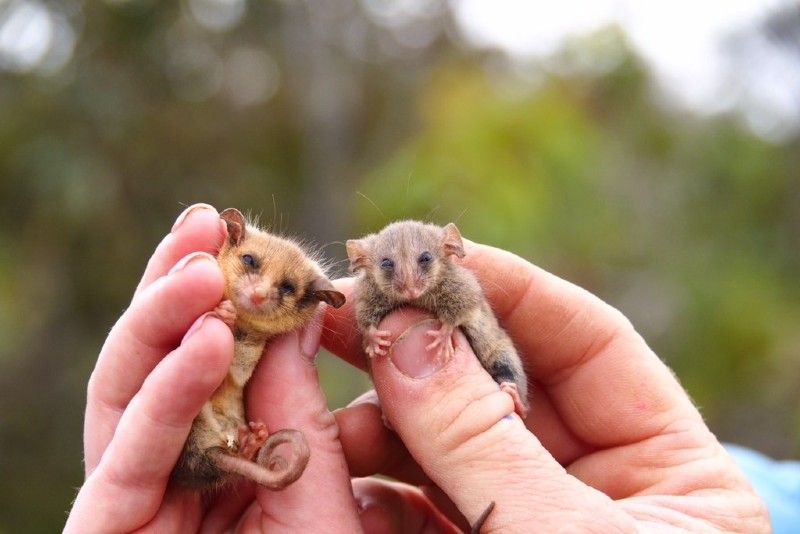 Among other saved species are the brown bandicoots, western pygmy possums, brush-tailed possum, tammar wallaby, eastern banjo frog, common froglet, painted frog, spotted grass frog, and Bibron’s toadlet. In the middle of November, over 200 different animals coming from 20 different species were uncovered, all of which were endemic and/or endangered. These little possums might have been down, but they're not out just yet...