Even the biggest skeptics can’t explain some of their psychic experiences. Whether it was just a cold reading from a tarot reader, a random medium on a street, or even a psychic neighbor, some of these experiencesÂ simply can’t be explained as coincidences! See for yourself.

“This was before I was born. My mom had a neighbor who was a grandpa who could see the future. He told my mom that my sister would be really sick when she became a preteen and not to worry because she’d be okay. When my sister was a preteen she was diagnosed with cancer and after a year and a half, she was perfectly fine. My mom was pregnant with me when she met him again and he told her that I would be a c-section baby. My mom already knew this and said she had scheduled the c-section already since I was a breach but he was adamant that she would have me on a certain day and that the c-section wouldn’t go on the planned day. I was born on the exact day he predicted. Nothing too crazy but the fact that he knew that my sister would be sick and would be okay is crazy to me. He also didn’t want any money and approached my mom and asked if he could do a reading for her.” 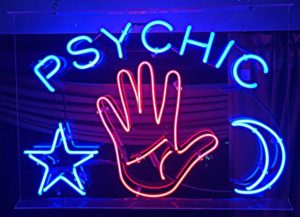 “I didn’t seek out a medium; one found me. I was walking through my town and, after debating with myself for a while, finally decided to go into a local crystal and aromatherapy shop. This was the first time I had ever set foot in the store, and I had barely stepped through the door when this young woman about my age came up to me and pulled me to one side (she was the store owner, but I didn’t know that at the time). She said, ‘I pretty much never do this, but my guides are telling me that I need to tell you this. She then proceeded to tell me specific details about things that had occurred in my life within the past year. Things that she simply could not have known. She knew that I used to be very spiritual, but I had closed myself off to that side and went into the physical because something very negative had happened (she gave specifics, but I’d rather not share those here). She told me that that was ok, that I needed to do that to heal from that particular event, but she said in doing so, I’d walled out my own guides, and they were desperate to speak to me. They wanted me to know they were there, and that I wasn’t alone, that they were still with me even if I couldn’t feel them anymore, and they’d be ready and waiting when I took the walls down again. I had not spoken a word to this woman this entire time. I had not spoken to anyone about these things in my life. No one but me knew how involved I had been in the spiritual side of things and how much I’d closed it off. No one knew how alone and hurt I was at that time because I didn’t talk about it. But she did. She just knew. And even though she was the shop owner, she didn’t push a sale on me. She told me what she needed to say, wished me a nice day and went back behind her counter with her dog.” 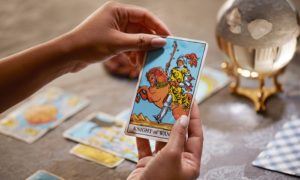 “I never believe in palm /card readings. I don’t actually believe in it nowadays. BUT when I was in 9th grade, my friend took me with her to a fortune teller so she can have her future read. Surprisingly she mentioned about her love dilemma, a blonde guy and dark haired guy. She was completely convinced about her reading powers while I was mehâ€¦ We’re teenagers, it’s natural we’ll find ourselves in situations like this. And then she predicted the scores she’ll get at the exams when you finish high school (in our country there are some mandatory subjects for the exams, thus multiple numbers) she guessed that right. If I think really hard about probabilities and stuff I can find a logic explanation to that as well.”