A hotel in Illinois recently captured something bizarre on their security camera.

The Eagle's Nest Hotel in Quincy, Illinois, always felt a bit haunted to guests and employees, but no one has ever been able to put proof behind the suspicion. Employees claim to have heard a child's giggle or footsteps running down the hallway when they are alone... You know, all the normal "haunted hotel" stuff.

A surveillance video was recently released depicting actual proof of the alleged haunting. The footage is definitely bizarre... 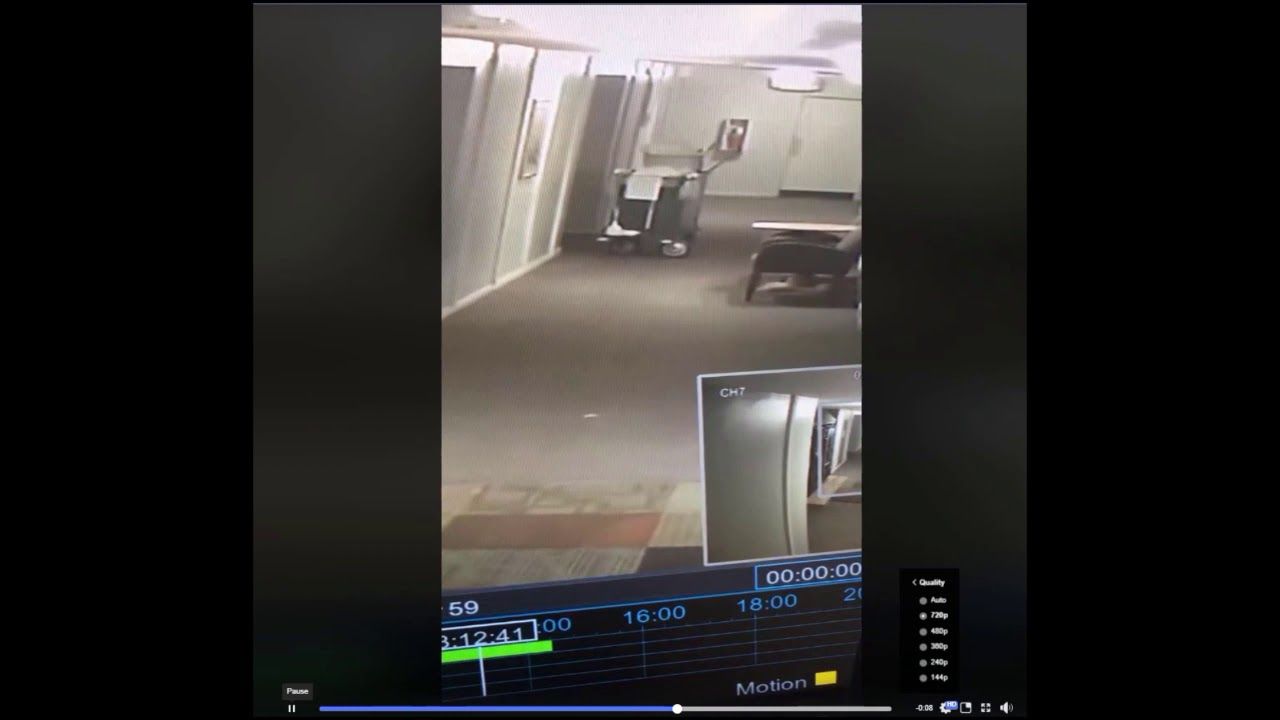 At first glance, all that is seen is a black mass that darts from a suspected doorway. Watching it again, you can almost make a shape out of the figure. Most would assume that it was just a glitch and someone was leaving that room and ran back in... But, that's not the case.

The doorway that the entity darts from is actually the elevator. When the elevator doors open, a light goes on. The light never goes on, so the doors never opened. It's definitely peculiar... Even more so is that the cleaning crew have claimed that things get stolen from their carts, which can be seen in the video. Maybe this is the culprit?

Naturally, this caused a bit of a stir in the paranormal community. Some believe it's the spirit of a child. Other's think it's a demon mimicking a child. And, of course, others think its fake. Whether it's fake or not is for you to decide!