If you love Burger King and hate your ex, this Valentine's Day is just about to get a whole lot better. Burger King has announced that it has partnered with the film Birds of Prey to release a special Valentine's Day offer. If you bring a printed out photo of your ex-significant other, you can be given a free Whopper at select Burger King locations. Whoever said that the one who got away was good for nothing?

a flame-grilled Whopper is just what Harley Quinn needs to get over her ex-flame. amirite? #burgerquinn

The brand posted an Instagram with the caption "a flame-grilled Whopper is just what Harley Quinn needs to get over her ex-flame. amirite #burgerquinn" to announce the promotion. According to the magazine Cosmopolitan, you have to bring the photo already printed and ready to place in a special frame in the BK Birds of Prey themed "breakup box" provided by the store. 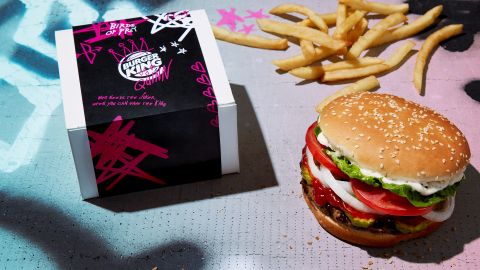 The sandwich deal is only offered in four locations while supplies last.  The boxes can be found in specific stores in  New York City, San Francisco, Los Angeles, and Boston. For those who live elsewhere, they can take a Burger King quiz on the app that allows participants to get a Whopper for only $3. Not quite as petty, but still a pretty good treat.