Snow in Australia? What Could Possibly Be Next?

Kangaroos jumping around in the snow is a very strange sight indeed. 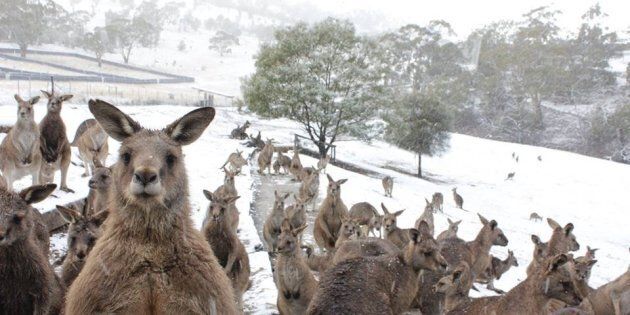 Now I must have seen it all. The past few days in southeastern Australia have been uncharacteristically cold, but Australia’s prime inhabitants don’t seem to mind.

For those who don’t know, right now is winter in Australia. Something about being on the complete opposite side of the world causes seasons in different places to occur in the inverse of ours. Meaning that it’s really freaking cold in the place that is always portrayed as a barren, desert wasteland.

Australia is so cold, in fact, that some places that are farther inland from the shore are experiencing record-breaking amounts of snow. A low-pressure system of moisture pushed in last night and this morning (Australian time, so like 2-11pm American time), dumping up to five inches of snow onto the unsuspecting inland inhabitants.

The strangest part about all of this, the kangaroos absolutely love it. Desert animals are built to withstand heat and cold because deserts get incredibly cold during the night. Kangaroos are no exception, and as one of the only animals besides humans to have “fun,” the kangaroos have been bouncing around playing games in the snow since it started coming down last night. 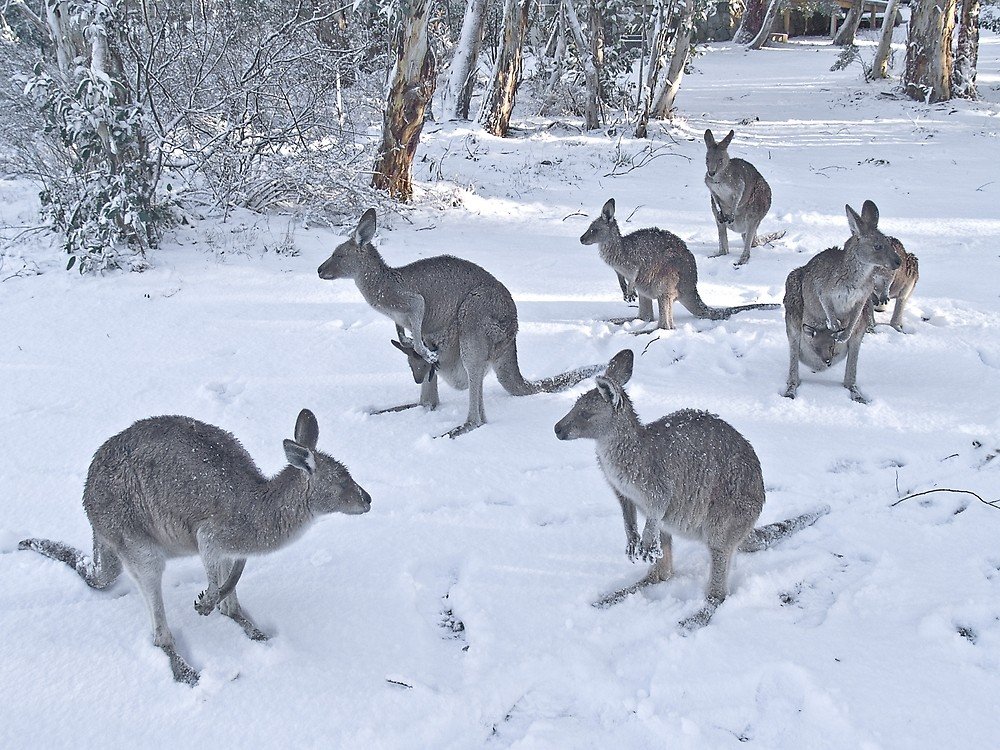 No, this is not a result of climate change, although it does seem like a pretty good case to point fingers at. Australia experiences snow quite a few times a year. That snow is rarely covered by the news because it’s generally so far inland that so few people live there, it’s not necessarily worth it.

However, the record-setting drought that ended when the snow came down is ABSOLUTELY a result of global warming. This has been proven by the rain patterns in central Australia, demonstrating that the land has been giving off significantly more heat than in the recorded past, and the low storm cells that would usually shower central Aus are straying down south.

Hopefully, this event sheds a little light on the current state of global warming, and the environments that are being very clearly affected by the results of corporate/government pollution.