The BBC Caused Nationwide Panic Due To a Faux Paranormal Documentary

Back in 1992, the BBC aired a faux-documentary that terrified their 11 million viewers. Ghostwatch used real news broadcasters to conduct a fake news story about the paranormal.

Ghostwatch premiered on Halloween night. It had all of the bells and whistles of a regular news show: On-the-street interviews with trick-or-treaters, a phone-in panel with a real phone number to call, and even a live broadcast of the paranormal home that they were investigating.

The program was based around a paranormal entity named Pipes. A Northolt family was being terrorized by the spirit and wanted some help. 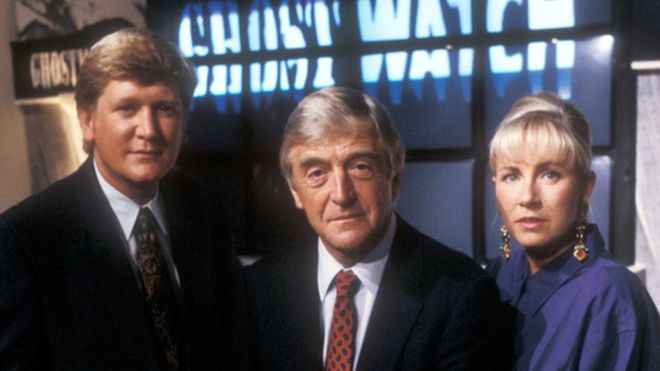 According to the story, Pipes is the ghost of Raymond Tunstall. Once they found that out, a phone-in caller just so happened to give more information about Tunstall, saying that he killed himself on that property years ago and was even haunted by the spirit of a 19th-century child killer named Mother Seddons.

Yeah, we’re not sure how people thought that this was real, either.

In true Paranormal Activity style, the ghost gets more agitated and things escalate in the home.

Then, the newscasters make the terrible discovery that they were basically creating a nationwide sÃ©ance by broadcasting the activity. 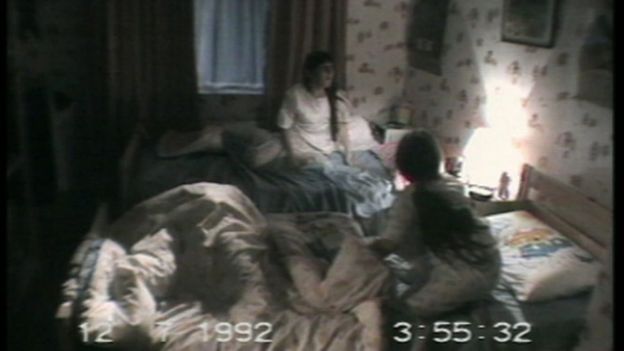 In the end, one host is dragged into a room, another is possessed, and the ghost even infiltrates the BBC studio transmitters.

Needless to say, people were extremely angry with the BBC network about how they framed the story.

Just a week later, 18-year-old Martin Denham hanged himself because of the show. his stepfather said he was obsessed with it and felt that there was a ghost haunting the pipes of their home. In his suicide note, he said that if there were really ghosts like in Ghostwatch, he will be back to visit his parents. 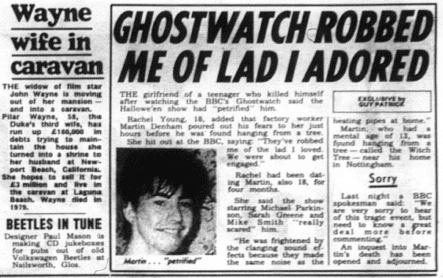 A year later, doctors began to talk about the cases of PTSD in children that they received after the premiere of the show.

Three years after the show aired, the Broadcasting Standards Council concluded that the show was made to intentionally cause chaos and was banned from the country.

It was released again in 2002 for others to see despite pushback. It’s not regarded as a classic found footage film despite all of the chaos it created.