The Bizarre “Liquid Matthew” Case of 1983

Serial Killers sometimes like to leave cryptic notes at the scene of their crimes, which are usually decryptable because they tend to want to convey some information to the public. But, what happens if the note isn’t decryptable? 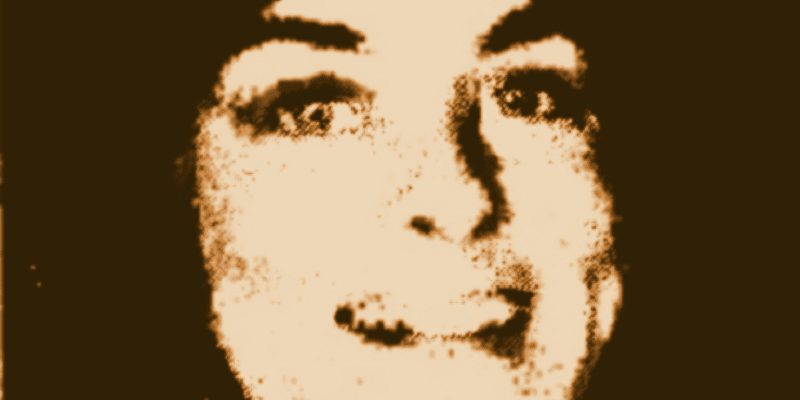 On December 6th, 1983 in Lewiston-Auburn, Maine, a man’s body was found torn apart and wrapped in plastic, comically next to a “No Dumping” sign. There was a note taped to the front of the “No Dumping” sign, also wrapped in plastic, that read “Once you’re back on track you’ll travel in the night. So prepare your old self for a terrible fright. Now the motive is clear and the victim is, too. You’ve got all the answers. Just follow the clues.”

A detective found a second note attached to a speed limit sign that was nearby, which was written just as cryptically. The second note read “Yes, Matthew is dead, but his body not felt. Those brains were not Matt’s because his body did melt. For Billy threw Matt into some boiling oil. To confuse the police for the mystery they did toil.”

The authorities treated this as a serial killer case, and they kept information away from the public until a local church went to the police to explain what they knew about the case. 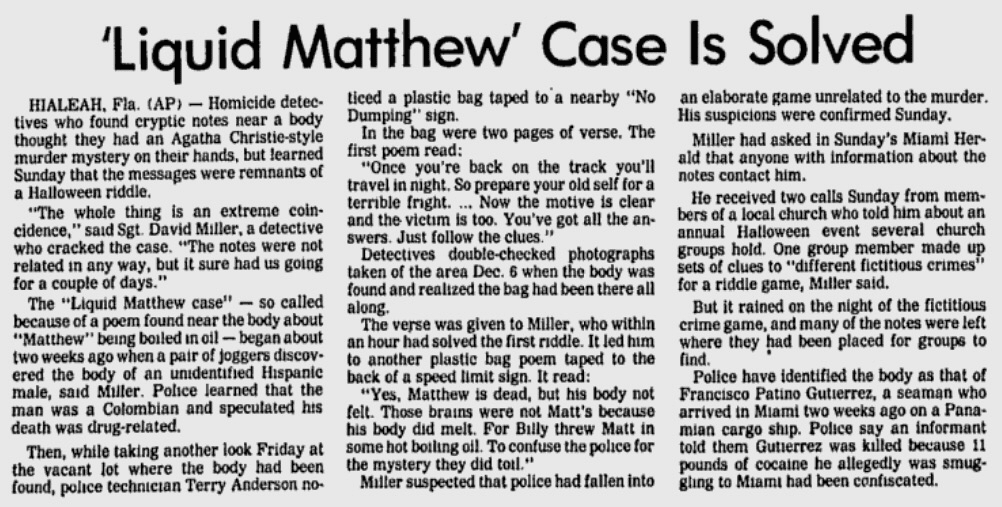 Apparently, those cryptic notes were part of a youth murder mystery that was being put on by the parish. Those cryptic notes actually filled a larger narrative and pointed to each one, which is genuinely mistakable as a serial killer’s directions from clue to clue. The parish apologized to the authorities, and they called off their research regarding the notes.

Turns out, a DNA test identified the murdered man to be Francisco Patino Gutierrez, who was a suspect in a case regarding the seizure of 11 pounds of cocaine. The police determined that this murder was related to drug smugglers, and closed the case on December 19th, 1983.