The Bizarre Story Behind the Infamous Ghost Blimp

Around 11:30 am on August 16th, 1942, a small suburb of San Francisco was rocked when a Navy blimp crash-landed and tangled itself in power lines.

It was quick and shocking. The town found itself without power, and the smell of leaking gasoline forced people out of their homes. What they saw was horrifying.

The blimp was tangled in the powerlines, the propellers were bent, the engines were below it smashed into the pavement. 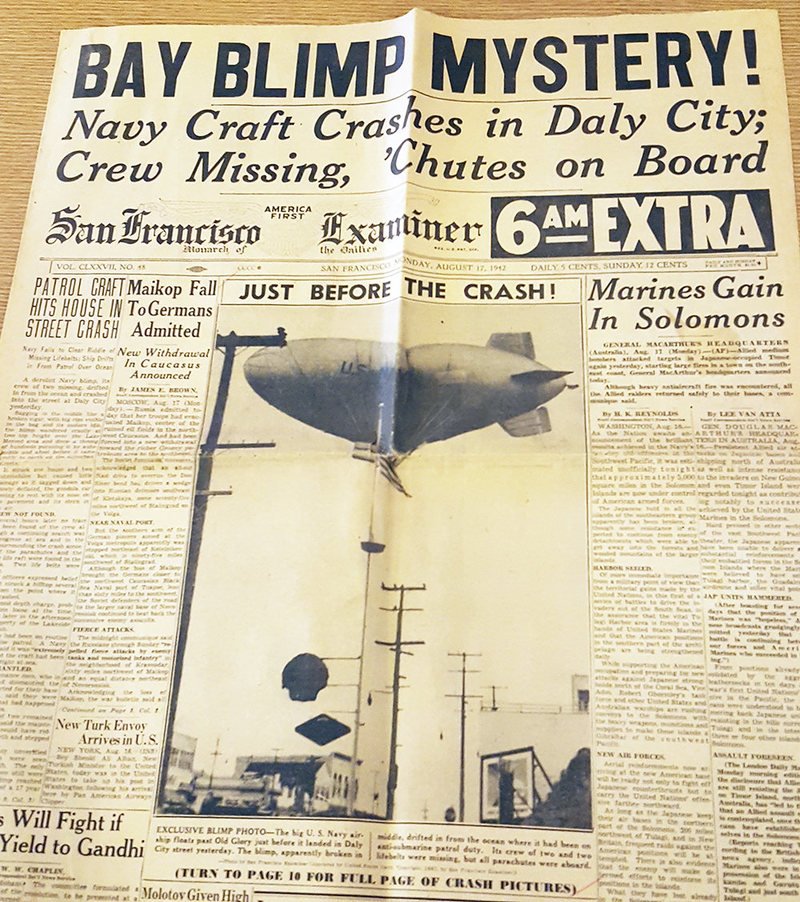 The scene quickly became chaotic. The police and fire department had to work quickly to get people away from the firey scene. They prioritized the crew on board but were confused at what they found…

There was no crew to be found.

The rescuers could not find any trace of the crew that should have been on board. The pilot’s parachutes were in their normal spot. The lifeboat was still in place. Everything seemed to be in normal working order.

At first, they assumed something horrific had happened on board. The Navy reported that there were only two men on board when the blimp left the base… Something must have happened.

They quickly pieced things together and sent out search parties for the missing men. Unfortunately, they had no clues to go off of. They had search parties by air, land, and sea searching for the men.

While they were searching for the crew, other investigators continued to check out the state of the blimp.

There were a few things that were confusing. For one thing, the door was open and fixed by a latch to the outside in order to keep it open. Obviously, the door would never be opened during a flight, which leads us to believe that the crew did it themselves.

The engines were also completely stopped. The investigators believe that the pilot did that in order to slow the blimp down.

On every flight with the Navy, the crew had a weighted briefcase of classified documents. In case of an emergency, they had to throw them overboard. The briefcase was still on board at the time of the crash.

The popular theory is that the gondola door malfunctioned. One of the men possibly fell out, and the other tried to rescue him which lead to him falling out as well. 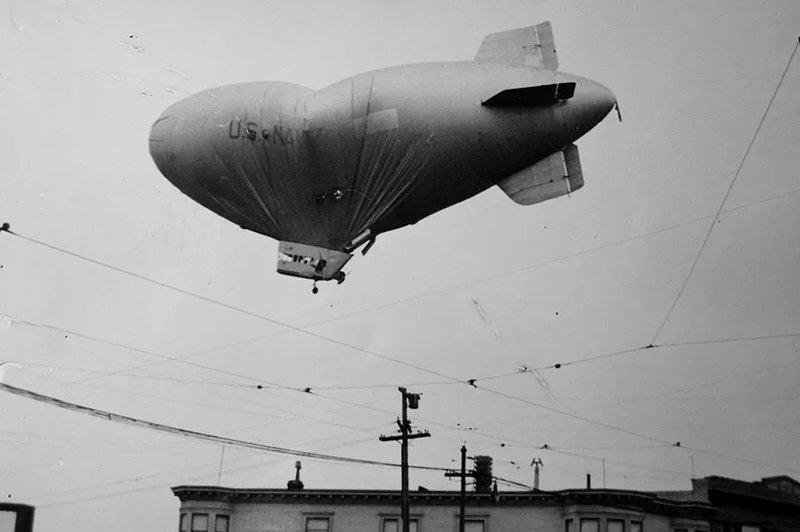 Some people think that UFO’s got to the men. Others believe that they must have gotten into a fight that forced them both out of the cabin.

No matter the theory, their bodies had never been found.

The saddest part is that even if they crash-landed the same way that they did but were still on board, they would have survived that crash.