Back in 1934, a woman’s headless torso was found on the shore of Lake Erie. Cleveland police noted that her skin was leathery and red, which made them believe that her body had been treated with a harsh chemical.

They had no leads as to what happened to her. Her head was never found, so she was never identified. It was years later when the corpse was realized as the first victim of the Cleveland Torso Murderer.

Between 1935 and 1938, the police ended up finding twelve other victims, all of whom were butchered beyond recognition. Depending on who you ask, some police officers think the victim count could be up to 20. 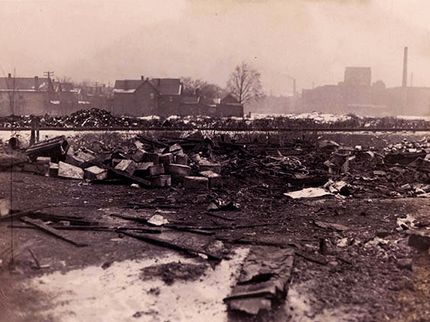 In 1935, two male victims were found castrated and nude. They were also both clean and drained of blood. One of the corpse’s had the same exact chemical burns from the first victim in 1934.

In 1936, a woman found the remains of a female body wrapped in newspaper. Luckily, this woman had fingerprints that could be tested, and they found her identity to be of Flo Polillo, a bartender and prostitute.

The police were finding more and more decapitated bodies. It was very apparent that they had a serial killer on their hands.

In 1938, the police had enough. They were able to track down where the serial killer possibly found his victims: a homeless encampment.

In the middle of the night on August 18th, the police raided the encampment. They rounded up 63 men and searched the entire place for any clues and leads that they could find.

They eventually set the encampment ablaze.

Folks of Cleveland were not happy with how the police handled the raid. Either way, there were no more murders after that night.

The police ended up speaking with a man named Frank Dolezal. He once lived with Flo Polillo, and he knew a woman named Rose Wallace, who was on the missing person’s list. 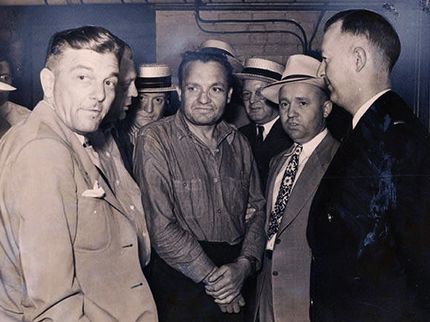 He eventually confessed to the murders, but the police weren’t convinced. He confessed in such a maniacal manner that the police couldn’t truly believe him…

Before he could get to court, he was found dead in his cell. It appeared to be a suicide by hanging, but some things didn’t add up. His noose was hanging five feet and seven inches off of the floor. Dolezal was five foot eight inches tall… Plus, he had some broken ribs upon his death.

Was this murder? Or suicide?

The city of Cleveland will never know. The case will forever be unsolved.