The Controversial Death of Harry Houdini

Most people know how Houdini died, but a few don’t believe it was an accident. 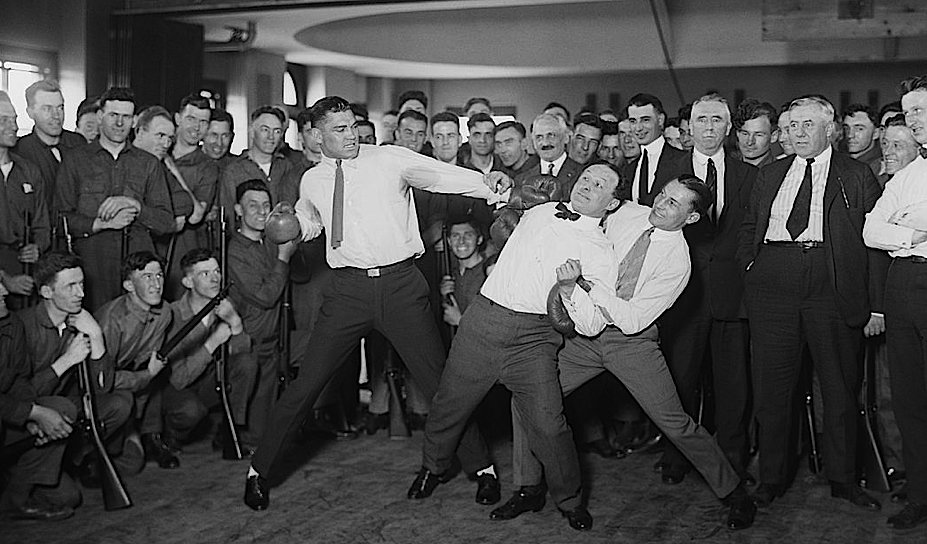 Harry Houdini is arguably the most well-known magician who ever lived. His feats of courage, bodily endurance, and his creativity regarding magic have yet to be matched by any modern counterpart. However, Houdini wasn’t respected by all.

Houdini spent a great deal of time disproving spiritualist mediums and claimed that their methods of persuasion were unethical and should be respected less. Obviously, mediums were very concerned about Houdini’s investigation (rightfully so). Houdini accrued millions of dollars worth of lawsuits, numerous death threats, and was being stalked by supporters of mediums.

For reference, spiritualist mediums were very successful in the early 1900s because of lack of education, and the general public’s willingness to believe anything told to them convincingly. Partly, this is why Houdini was famous, but he never claimed anything that he couldn’t actually perform.

Coincidently, Houdini’s wife conducted seances, but she never claimed that she could predict the future or communicate directly with dead loved ones. She practiced the ancient form of an occult seance, which was more of a ritual to bring catharsis and peace to the conductor.

Houdini was outspoken about his distaste for mediums that made impossible claims. Although he was never directly attacked by anyone claiming to be affiliated with spiritualist mediums, he was attacked without warning, which led to his untimely death.

In 1926, in Queens, New York, Houdini accepted an interview from some college students in his dressing room before a show. The individual in question was named J. Gordon Whitehead, a prospective journalist and apparent skeptic who studied at Columbia University.

Whitehead challenged Houdini on his claim that he can handle any bodily impact without injury. Houdini mentioned that he could withstand any blunt attack to the abdomen, unless unprovoked. Without warning, Whitehead released a flurry of powerful blows to Houdini’s stomach.

Houdini immediately realized that he was injured, but he did not realize the brevity of his injury until the next night when he collapsed on stage after a show that he had to muscle through.

Houdini was rushed to the hospital and was diagnosed with advanced appendicitis. His appendix was removed immediately, but his organs had already been poisoned by his appendix fluid.

Houdini died in the hospital a week later. 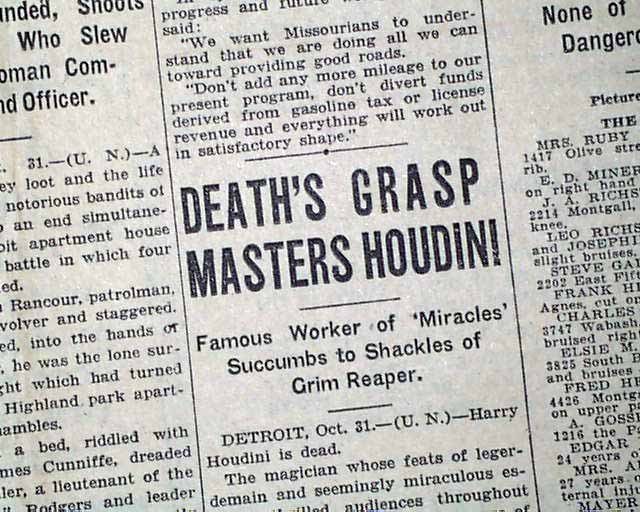 In the book “The Man Who Killed Houdini,” it’s theorized that J. Gordon Whitehead was being paid by spiritualist mediums to assassinate Houdini, there is also a theory that Whitehead poisoned Houdini before he attacked him, giving the illusion that Houdini’s death was merely a misguided accident. None of this has been proven, and Whitehead has been dead for over 50 years now.