The Creepy Hand of Glory

Urban legend says that the dried and pickled hand of a hanged man possesses dark and mysterious power.

The story dates back to the 1600s, where it was mentioned in ‘magic’ textbooks. In nearly every story, the power of the hand varies.

There is a very detailed description of how to get a Hand of GLory in Witchcraft: Magic and Alchemy by Grillot De Givry:

“Take the right or left hand of a felon who is hanging from [the gallows] beside a highway; wrap it in part of a funeral pall and so wrapped squeeze it well. Then put it into an earthenware vessel with zimat, nitre, salt, and long peppers, the whole well powdered. Leave it in this vessel for a fortnight, then take it out and expose it to full sunlight during the dog days until it becomes quite dry. If the sun is not strong enough, put it in an oven with fern and vervain. Next make a kind of candle from the fat of a gibbeted felon, virgin wax, sesame, and ponie and use the Hand of Glory as a candlestick to hold this candle when lightedâ€¦”

The most common story of the Hand of Glory says that crafting a candle from the fat of the hanged man and placing it in the hand will immobile anyone in the house or building but the person holding the hand. Sounds pretty powerful.

In alternate versions, the hair of the hanged man would be used as the candle wick. That way, only the person holding the hand can see in the dark. Another claim is that the candle will unlock doors and burns brighter when closer to treasure. 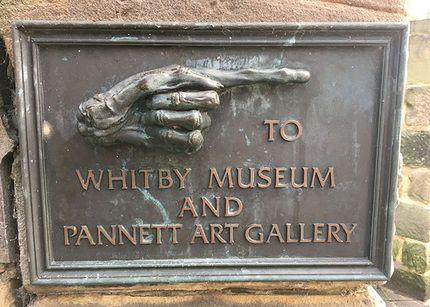 A real Hand of Glory is housed in England’s Whitby Museum. It was placed there in 1823. The manuscript reads:

“It must be cut from the body of a criminal on the gibbet; pickled in salt, and the urine of man, woman, dog, horse and mare; smoked with herbs and hay for a month; hung on an oak tree for three nights running, then laid at a crossroads, then hung on a church door for one night while the maker keeps watch in the porch-“and if it be that no fear hath driven you forth from the porch â€¦ then the hand be true won, and it be yours.”