The Crying Boy is a painting that was mass-produced by Bruno Amadio. It’s said to be cursed. There are countless instances where people who have had this painting up in their home have had it burn down, sometimes even the next day… But, the painting always remained unharmed. 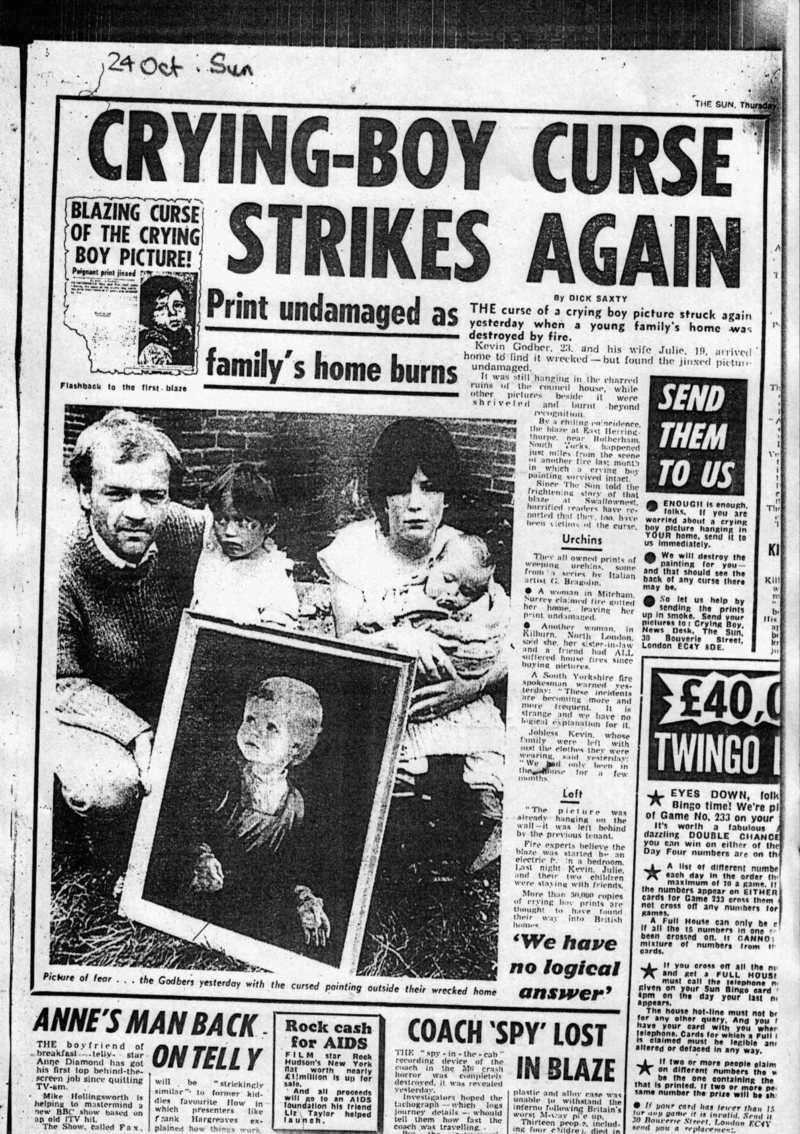 On September 5th, 1985, an Essex firefighter claimed that there were undamaged copies of the painting inside of a burned down home. Many others have claimed the same fate. A Woman in Surrey lost her house to fire six months after buying and hanging the painting.Â  Two sisters living in separate homes in Kilburn had fires in each of their homes after buying a copy of the painting. One sister claimed to have seen the painting sway on the wall. AnotherÂ woman on the Isle of Wight attempted to burn her painting to ward off the bad luck, with no success. A man in Nottingham lost his home in a fire and his family was injured. Lastly, a pizza parlor in Norfolk was destroyed, leaving only this painting behind. Some believe the painting survives the fires due to the fire retardant varnish, but there is still no explanation as to why these homes burn down.