The Disturbing Story of the Ovitz Family

World War II was riddled with horrific crimes against humanity, specifically by the hands of the Nazis. Josef Mengele was a well-known doctor based at the Auschwitz concentration camp where he conducted inhumane experiments on twins and people with visible deformities.

The Ovtiz family was best known for its popular Rabbi father, Shimshon Isaac Ovitz. A majority of his children inherited his dwarfism, which made them "stick out" in their community. Back in the 1930s and 40s, most people would shun a family with such rampant physical deformities. Not this one. The Rabbi and his family were welcomed with open arms and were widely respected. 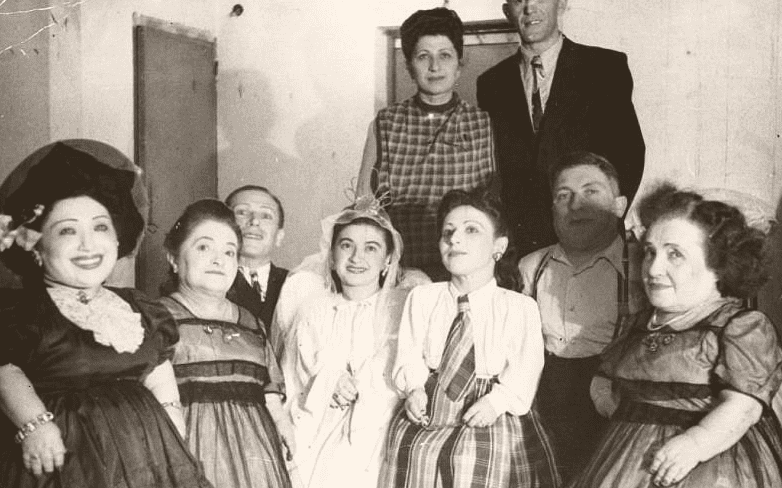 When their father suddenly died, the family income was in trouble. The Ovitz matriarch suggested to her children that they become a traveling band. Soon enough, the family banded together as the Jazz Band of Lilliput. They began traveling around Central Europe and were hugely popular. Their time as a band was cut short when they were performing in Hungary just as the Nazi's occupied the country in 1944.

The family was captured and brought to Auschwitz where they would spend nine torturous months.

Josef Mengele conducted horrific experiments on concentration camp prisoners under the guise of genetic science. He had a particular fascination with twins and with people who had physical deformities. The Ovitz family was like striking gold for him. The women were conducted to uterine experiments that nearly killed them. He conducted spinal fluid taps on the entire family, brain experiments, and took tissue samples from every part of their body. At one point, his co-doctors had to stop due to pitying the poor family. Mengele was advised to stop experimenting so harshly before he killed them, and he relented.

On January 27, 1945, Auschwitz was liberated by Soviet troops. The family had been saved but went through a brutal healing process. They eventually went back to touring Europe in hopes of bringing some joy back to the country. In 1949, the family emigrated to Isreal. Elizabeth, who told the story of her family and was the spokesperson for them, passed away in 1992.