The Four Jane Doe’s of Allenstown

Four bodies were found in Bear Brook State Park in New Hampshire. The first two were found stuffed in a 55-gallon drum in 1985. They were badly decomposed and had no sort of ID on them.

The one body was a woman with wavy brown hair. The other was of a young girl between five and 11 years old. Both bodies had unique teeth that would set them a part from most people. The young girl had a gap in between her two front teeth and the woman had a lot extracted teeth and fillings.

No one ever claimed the bodies. After 18 months of searching, the police department decided to bury the bodies without ever knowing their names.

The case was open for 15 years as police tried to figure out what just happened. Then, in 2000, a state trooper came across another barrel in a similar location…

There were two more children inside. Both were female. They ran a DNA analysis and confirmed that the woman and two of the three children were biologically related. The third child was unrelated to them. This was now a quadruple homicide.

Locals decided to pitch in to help. Everyone wanted to get to the bottom of these heinous crimes.

They were able to figure out that the mother and her two daughters were from the same geographic area while the third child was raised farther north. It was also determined that all four of them lived together for several months before their murder. They had all been killed at the same time, between 1980 and 1984. 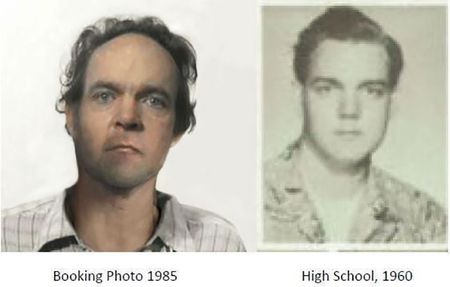 After tons more research, they were able to pinpoint a possible suspect: Terrance ‘Terry’ Reder Rasmussen. He was a killer who adopted a lot of different aliases for a murder spree from New Hampshire all the way to California. Investigators are confident that this is the guy. Unfortunately, he ended up dying in 2010, a few years before he was found connected to the crimes.

The four bodies are still unknown as no one has come forward to offer any information on them. Despite tons of composites being produced, they will forever remain unknown.