The Funhouse Dummy That was Actually a Corpse

Elmer Mccurdy didn’t have the easiest life, but his lifeless body was the talk of the town. 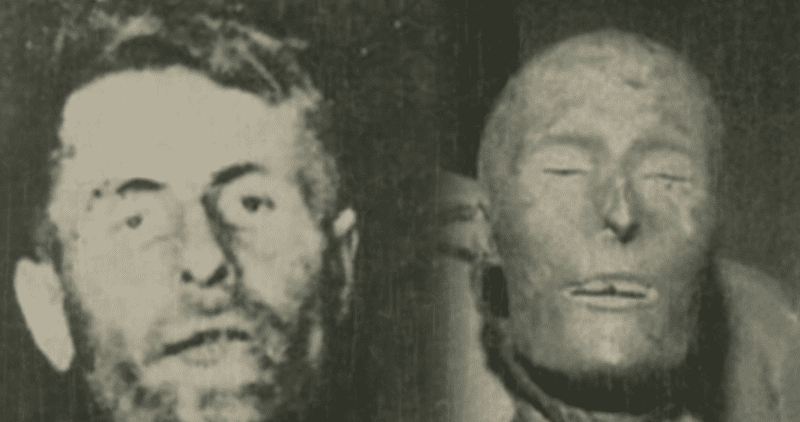 Elmer Mccurdy was born in 1880 to his mother, 17-year-old Sadie McCurdy who was unmarried at the time. Sadie had to protect her child’s identity, so she passed Elmer onto her brother and his wife. Shortly after, Sadie’s brother passed away, and Sadie was forced to tell Elmer that he was never his father.

Elmer was a teenager at this point, and he quickly turned to alcohol and crime. Elmer would drink from the moment he woke up to the moment he fell asleep, traumatized by who his real mother was and how his life would never be the same again.

After struggling with that thought for months, Elmer began to feel some clarity, so he started drinking less and he moved in with his grandmother.

Elmer worked as a plumber until he decided to join the army. During his service, Elmer was trained on how to make and detonate nitroglycerine explosives. However, his education on this topic was seriously limited.

Once Elmer was discharged, he began manufacturing nitroglycerine explosives and selling them to shady folks.

Elmer’s drinking started back up in full force, and he began to make even worse decisions with his life. Elmer contacted a group of no-good folks and planned his first robbery.

Elmer planned to use the nitroglycerine explosives that he made to blow the door of a safe off. Unfortunately for him, Elmer’s training was not substantial enough to attempt these precise bombs. Twice, Elmer destroyed the contents of the safe, in two different failed robberies.

After multiple failed robberies, Elmer got a little sloppier. After the third failed robbery, Elmer retired to a nearby barn, and he started drinking. The sheriff’s department sought him out and discovered Elmer was far too drunk to run away. Elmer was shot and killed on the spot.

Nobody from Elmer’s family claimed the body, so he was passed onto a funeral home for embalming. The funeral home owner didn’t know what to do with Elmer’s body, so he preserved it and put it on display for people to see, mouth propped wide open to receive tops from its viewers.

The funeral home owner entertained the idea of selling the corpse to the carnival, but he felt ethically challenged by that concept. That is, until two individuals who showed up to the funeral home to claim that they were Elmer’s brothers and would be taking him back to their hometown.

Of course, this didn’t happen. In 1911, Elmer traveled with this carnival as an attraction. He was passed from hand to hand until 1976 when a film crew accidentally bumped into him and his arm fell off. After this happened, Elmer was buried encased in concrete to prevent anyone from robbing his grave.