The Ghost Lady of Loftus Hall

The first structure of the infamous Loftus Hall was built in 1170 CE. It’s one of the oldest still-standing structures on Irish soil.

Throughout the years, this was a common spot for war. The hall grounds were destroyed and rebuilt over countless battles. Many people have died there, and a lot of random bones and carnage still remain.

The Loftus family eventually bought the land and named it after themselves. They tried to rebrand the area for themselves and make it a part of their family.

Apparently, according to popular myth, this is a spot that the devil likes to visit.

One night, the Loftus family took in a wandering stranger in the midst of a horrible storm.

Anne Loftus, daughter of the deceased lady of the manner also named Anne, fell in love with the stranger. The two were enamored with each other, and that caused the stranger to stay with the family for weeks.

When they were playing cards, Anne dropped a card and went under the table to retrieve it. That’s when she saw that the stranger had a hoof for a foot.

At that point, it was found out that the stranger was actually the devil. According to the story, he transformed into a ball of fire and escaped through the roof. To this day, there are still remnants of where he allegedly left.

Anne was so traumatized by the event that she went insane, and spent the rest of her days in her favorite room of the house: the tapestry room.

Not only did the devil return to further traumatize Anne, but he also created a rift within the home. Poltergeist activity soon became extremely common…

She spent her last days in the tapsetry room in front of a window that looked over the sea. She was always found in a fetal position. When she died, it’s said that her body could not be straightened out and she was buried in the same position that she died in.

Many people believe that Anne still haunts the property. In 2014, a visitor even claims to have a photo of Anne… 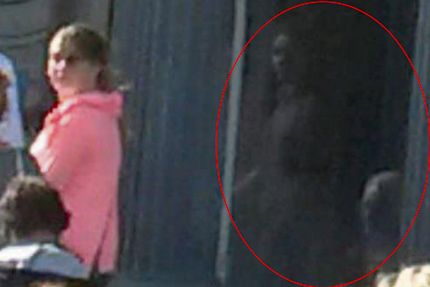 The stories around Loftus Hall go on endlessly. Most people believe that their undoing was inviting the devil in, while others believe it was the centuries of war and torture before the family even moved in.

Now, it’s a popular ghost tourism spot. You can visit and appreciate the architecture while also listening to the countless ghost tales.