In the late 18th Century and early 19th Century, Sanatoriums were becoming increasingly popular for families to leave their disabled loved ones. Some families were under the impression that their decision was for the best, while others just wanted to rid their lives of the family member.

St. Albans Sanatorium is located in Radford, Virginia. The building itself was originally a Lutheran boys school. The school was extremely competitive and tended to pit the students against each other in order to “encourage” academic success. It was a toxic environment which lead to the suicides of a small number of students over the years. 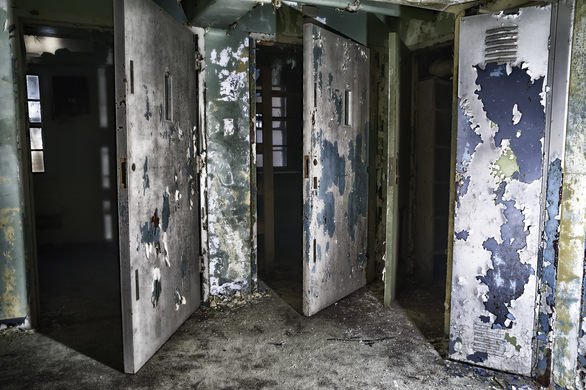 St. Albans opened in 1916 after the Lutheran school was shut down. The original goal of the sanatorium was to be better than the rest. They advertised a rooftop garden, bowling alley, and even a small farm.

Those promises were never really seen through. Instead, they subjected their patients to horrific experimental treatments that commonly lead to their deaths.

In 1945, there were 6,509 patients and 48 staff members. This wasn’t sustainable, and many patients suffered because of that drastically uneven ratio.

They tortured the patients through lobotomies and insulin-induced comas. They also dabbled in shock therapy treatments. The sanatorium itself was disgusting and dirty. The beds, sheets, walls, floors, etc were never cleaned well and constantly smelled.

It closed in the 1990s but is open for tours and paranormal investigations. It’s commonly referred to as the most haunted asylum on the East Coast. People report seeing apparitions, shadow figures, and even levitating objects. They hear footsteps, things falling, and even voices.