This bizarre trend is under the guise of "roleplaying" and is usually shared among Instagram users. People, usually adults, will steal the photos, re-edit them, post them under their fake Instagram account. Then, they will fabricate a post as if they're the parent or child writing it.

I only smile with my teeth when I’m super happy or super giggly 😁 and there’s a reason why I’m so happy cause Christmas is next week and I still can’t believe I’m on Santa’s nice list and also there’s only 12 days to go until season 3!!!! 😃 and I’ve been told I have a really adorable teeth smile by many people 😇 • • • • #sunnybaudelaire #presleysmith #presley #sunny #asoue #asouerp #aseriesofunfortunateevents #cast #castrp #asouecast #asouecastrp #anyrp #openrp #kidrp #toddler #toddlerrp #babyrp #littlegirl #littlegirlrp

It's easy to steal someone's photos off of the internet. Unfortunately, ethics come into play when the likeness of an innocent child is being stolen. There's no way that the kid can consent to have their photo put online by their parent and yet, they're the ones being victimized.

A lot of the photos are of social media influencers or celebrities. The more "aesthetic" the baby photo is, the better. Parents with small followings or "bad" baby photos are usually sought out less. That doesn't mean they're totally safe from being "digitally kidnapped."

There are no rules on Instagram policing accounts such as these. It's stated on the account that it is a "roleplay" account and that they're not claiming the photos are their own. Lately, the Instagrammers haven't been so shy about what they really do with these photos, and Instagram has flagged some hashtags that are associated with the "roleplay." 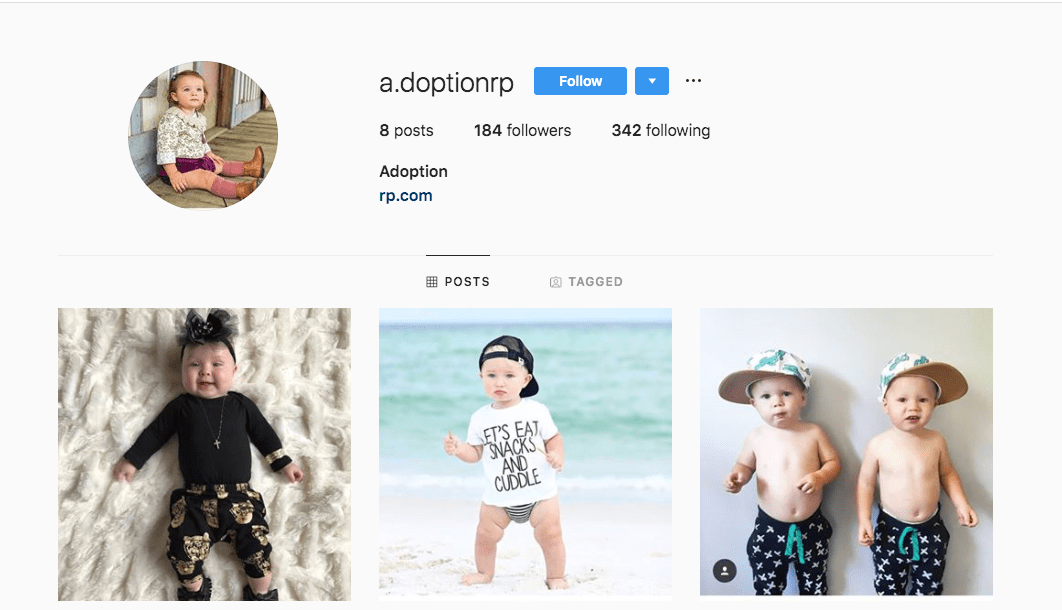 There are ways to combat digital kidnapping, but that includes making all of your stuff private. With a parent who is interested in their social media "brand" or even being a parent blogger will definitely find issues with going private. It's either that or not posting photos of your kids (or a lot of photos). Also, maybe avoid giving your two-year-old their own Instagram account.

The average millennial parent might have issues with that, but it might be worth it to save your child's face from being in the #babyrp thread.