Early Christmas morning, shots rang out on the Lawson family farm. Charlie Lawson murdered his wife of 18 years and six out of his seven children. This act shocked the small countryside town, as they had always known the Lawson family to be sweet and loving. To this day, no one knows why Charlie Lawson did what he did… But, there are theories. It started with his two daughters, Carrie, 12, and Maybell, 7. He waited for them by the barn to begin leaving for their aunt and uncle’s home. When they were close enough, he shot them both point-blank with a shotgun. 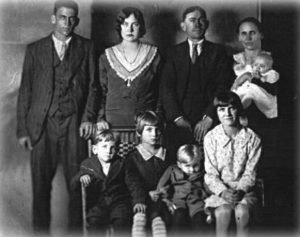 He walked back to the house and shot his wife, Fannie, who he found standing on the porch. He then found Marie, 17, and shot her as well. Then, he moved onto James, 4, and Raymond, 2, while finally beating his four-month-old, Mary Lou, to death. Charlie then took all of their bodies, laid them in a circle, and put rocks under their heads as pillows and ran off into the forest. There, he shot himself. His eldest son, Arthur, was in town doing errands for his father when all of this happened. No one knows why Charlie spared Arthur. Arthur ended up getting married and having four children before dying in a car accident when he was 32. 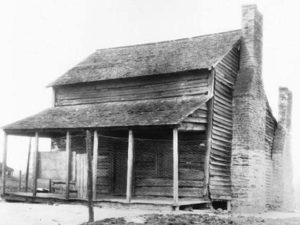 Some believe that Marie was pregnant with her father’s child, and that’s what spurred him to kill them all. Others think it wasn’t Charlie, but a gang-related attack. Lastly, people tend to believe that a brain injury is what made Charlie kill them… But, an autopsy showed that he had no brain damage. To this day, no one knows for sure what went down that day. Unfortunately, this family will forever go down in history for this tragic event.