The Men in Black Conspiracy

The Men in Black isn’t just some urban legend… There is some bizarre proof that leads to their more-than-possible existence.

The first encounter of the Men in Black was back in 1947 by a man named Hardol Dahl.

Dahl was out on his boat in Puget Sound, Washington when he claims he saw six “doughnut-shaped” objects in the sky. One of the objects broke apart and spilled debris everywhere… His dog was killed and his son was injured. 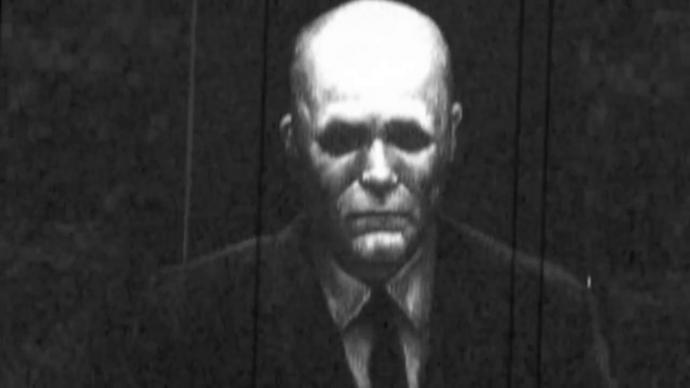 Dahl claims that he tried to take photos of the debris, but was then approached by the Men in Black who told him not to speak of what happened.

Richardson claimed that he was driving and collided with a UFO… But instead of facing impact, the object vanished. Richardson said that he took home a small lump of metal that he thought was from the UFO. 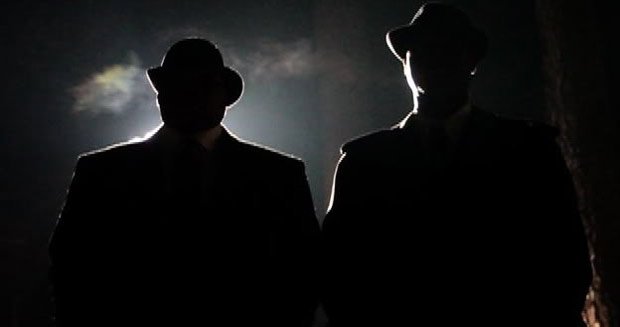 Just a week later, Richardson reported being visited by two men in black suits who demanded that piece of metal. Richardson told them he gave the metal to authorities and didn’t have it anymore. The men grew furious and threated his wife and family. Yet, that was the end of that…

The next encounter was just a year later by Jack Robinson, a known UFO researcher in New Jersey.

Robinson reported that he and his wife were terrorized by a man in a black suit. The man would stand across the street from their apartment building, watching their window, and watching them whenever they left.

One time, their apartment appeared to have been ransacked, but nothing was taken. 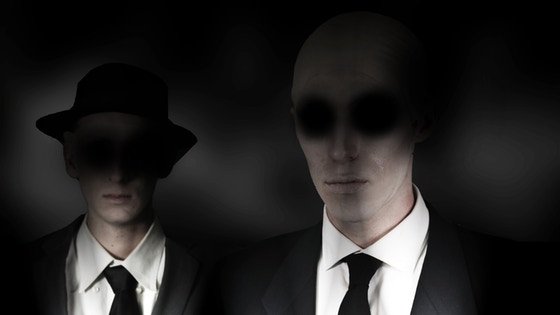 After seeing the man three days in a row, their friend Timothy Green Beckley took a photo of the man. This is one of the few instances of one of the Men in Black being caught on camera.

After that encounter, the experiences get intense. In 1976, Dr. Herbert Hopkins received a phone call from a man who claimed to be from a New Jersey UFO organization.

Apparently, as they were talking, the man on the other side of the phone appeared at his door. Hopkins described him as wearing a neat suit, with a completely hairless head and face. He had ruby red lips and completely clear and smooth skin. Almost poreless. 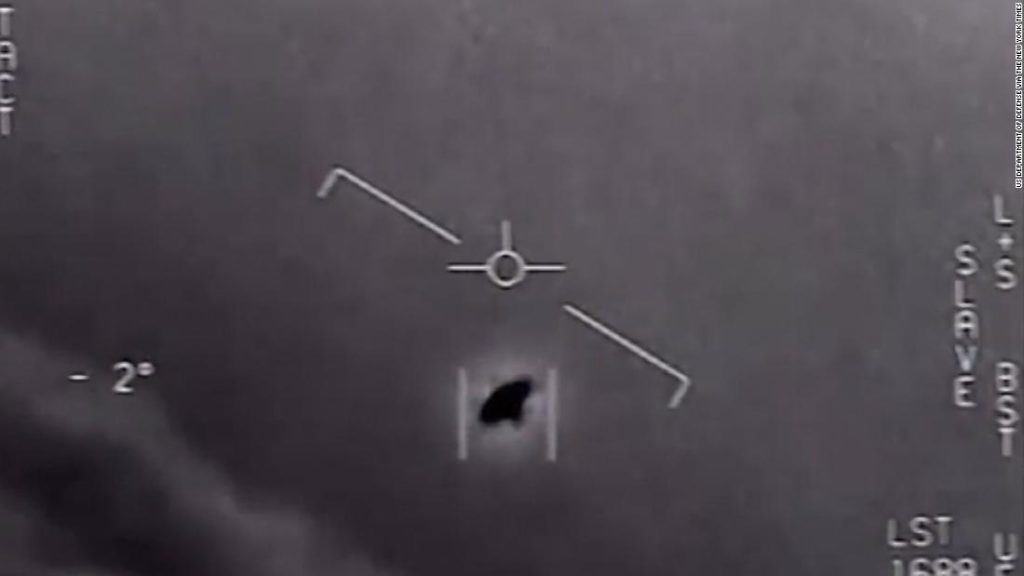 The man demanded that Hopkins destroy his UFO research.

After that, things were quiet… Until 2002. Dan Aykroyd, the famous Ghost Buster, claims to have met with a MIB.

Aykroyd became very fascinated with UFO research. While he was being interviewed about his research, he took a break outside to get some air. He saw a black Ford with a Man in Black standing outside of it. In a blink of an eye, the car was gone. Two hours later, producers told Aykroyd that the interview was canceled and will not air. 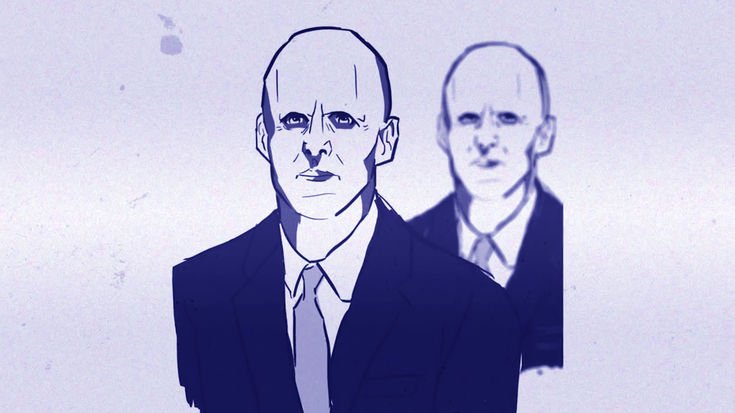 The most recent encounter is possibly the scariest…

In 2008, hotel manager Shane Sovar reported seeing a triangular UFO outside of the building. He called the Aerial Phenomenon Investigations Team to look into it. A couple of weeks later, he was paid a visit…

The Men in Black stormed into the hotel, startling the hotel guests and staff. 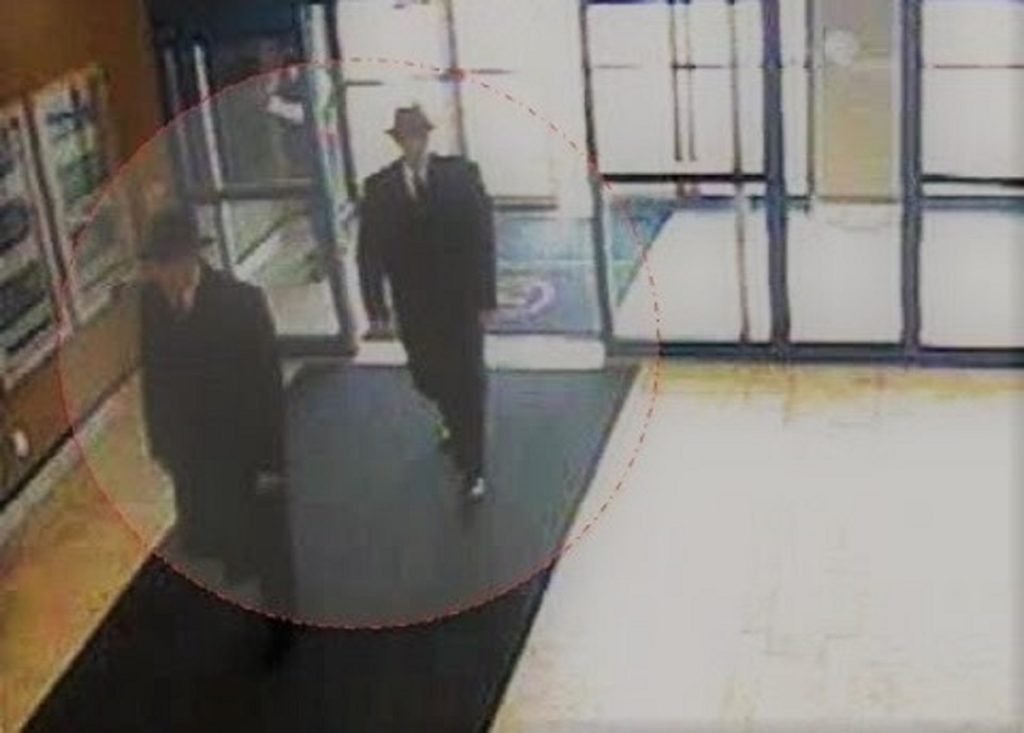 It was all caught on camera.

They were completely bald, no eyelashes or eyebrows, and had very pale skin. Sovar was not in that day, so they left.

It’s hard to say what these guys are. Is it a hoax? Is it real? Do they work for the government? Are they aliens? It’s too hard to say. All we know is that they target people who have seen a UFO and people who research UFOs… Seems like they’re trying to hide something.