The Most Common Paranormal Beliefs

Back in 2017, Chapman University of Orange, California conducted a study of random Americans about different paranormal beliefs. This could be from urban legends, conspiracy theories, to paranormal phenomenon’s! 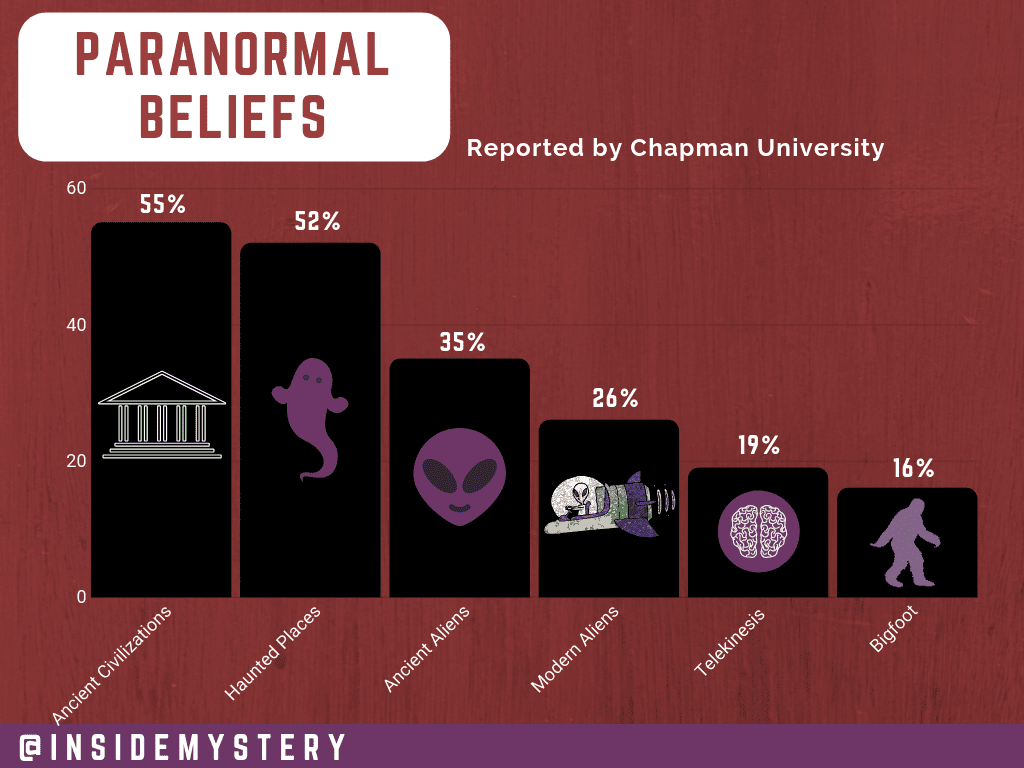 Another conclusion that the group came to was that only 25.3% of Americans don’t believe in any of these six paranormal phenom’s. That means that nearly three-fourths of American’s do believe in a little something paranormal!

Anyone else surprised how low Bigfoot scored though? That must have something to do with those bogus ‘searching for Bigfoot’ TV shows…

Apparently, believing in ghosts or aliens is much more common than you’d think. We’d even bet that your self-proclaimed “skeptic” friend probably runs up the stairs once they turn off the last light!