Police were called to an apartment in Morrisville, Pennsylvania. What they found was absolutely horrifying. Two adult females and three young children were found dead. The suspects were at the scene and taken to the hospital to be treated. One was unconscious, and the other was seizing. After questioning, things just got even stranger for authorities. The case is still ongoing, but some of the things that they are finding out are just heartbreaking and bizarre. 45-year-old Shana Decree and her daughter, 19-year-old Dominique Decree, strangled their relativesÂ to death. Shana Decree’s sister, 42-year-old Jamilla Campbell, was found dead with her two nine-year-old twins. The duoÂ also murdered Shana Decree’s other two children,Â 25-year-old Naa’Irah Smith, and 13-year-old Damon Decree Jr. 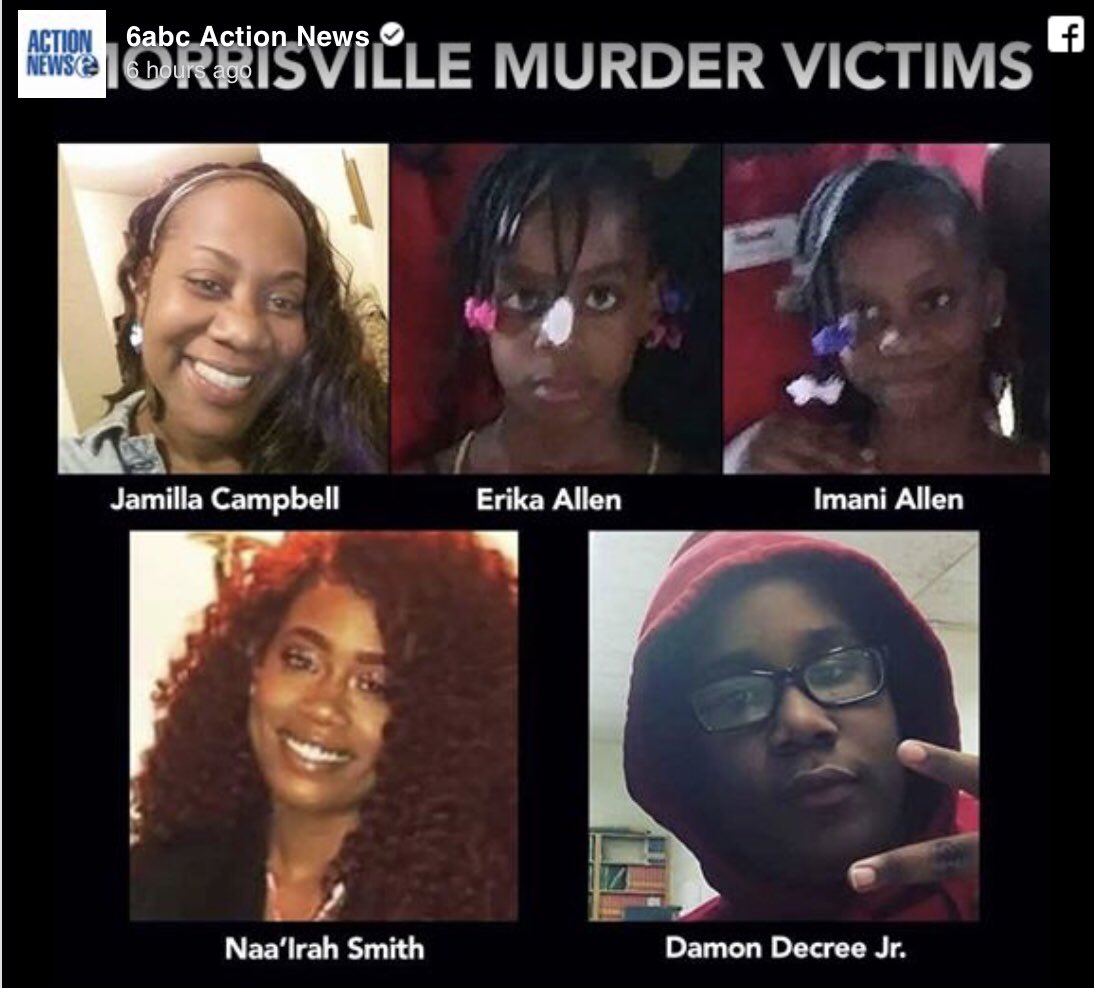 During questioning, the pair have said that everyone wanted to die. It’s unclear whether that is the case, but family members have begun to speak out on Shana Decree’s bizarre activity prior to the murders. Damon Decree Sr. spoke with news reporters on the event about a possible cult presence within the family. “I don’t know what kind of cult, and they were talking about demons being all around. I don’t want them in an insane asylum. I want to see them in jail for the rest of their lives.” Other reports have been saying that Damon Decree Jr. and the nine-year-old twins have been absent from school for weeks. A mother whose daughter was friends with the twins said that they told her they “weren’t allowed out of the apartment.” Currently, investigators are still trying to figure out just what went down that night. It’s apparent that they were doing it in the name of the cult, but whether Jamilla Campbell and Naa’Irah Smith were in on it is still foggy.