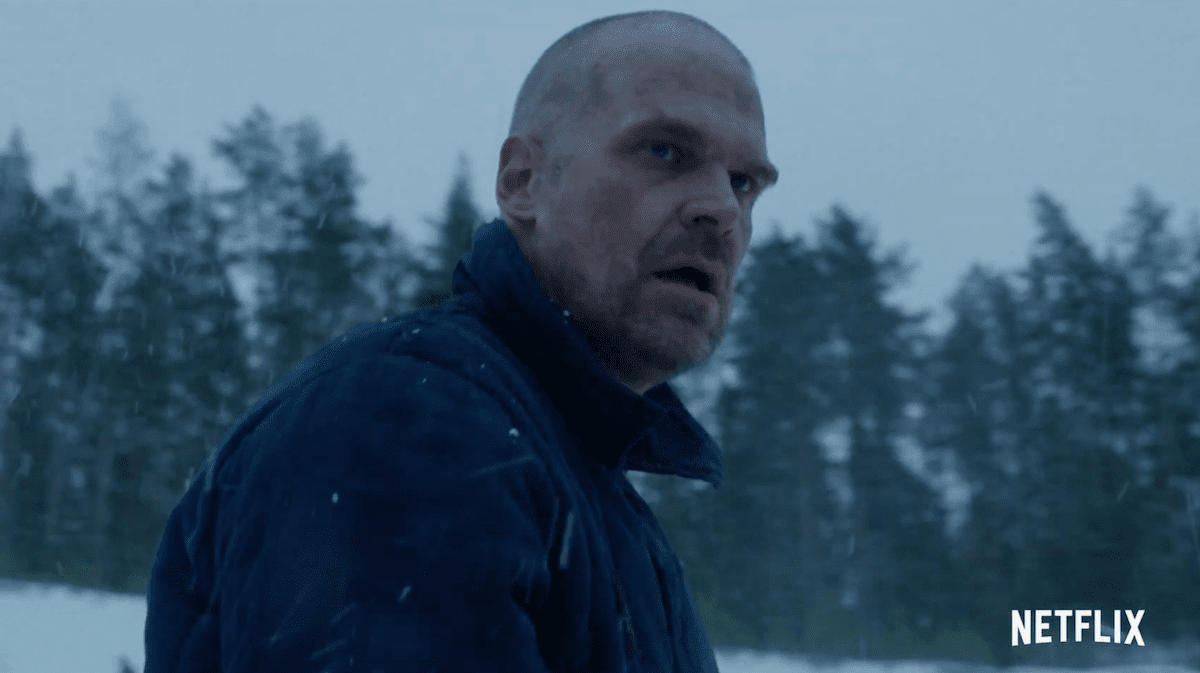 Exactly 2 hours ago, Netflix released the Stranger Things Season 4 trailer with absolutely no warning. Titled "From Russia," this short trailer showcases a Russian working camp (undetermined whether this is some kind of POW camp situation) where individuals are hammering spikes into a railroad system.

The camera pans from armed Russian guards down a line of workers and then focuses on one particular individual who takes a momentary break to wipe the sweat off of his forehead.

Once this individual removes his hat, the camera reveals that this person is none other than the, presumed deceased, Chief Hopper of Hawkins, Indiana.

Instead of revealing Hopper's alive-ness within the series premiere, they chose to simply nod at his current existence immediately.

This can mean one of two things. The upcoming season is so exciting that they decided to reveal the most talked-about moment in the history of the show immediately just to prepare the audience for the excitement to come. OR, this could indicate that this is a Hopper focused season, which is not unwelcome after all the conversation about his whereabouts.

Actually, we have no expectations for what this season of Stranger Things might bring us, so we won't develop any preemptive theories and get ahead of ourselves.

We are very excited to see the outcome of this teaser. So far, no other information regarding the upcoming season has surfaced.