In 1933, Christine and Léa Papin committed a gruesome crime. Their peculiar behavior and difficult upbringing is what brought this case to light and caused people to talk about it.

The two sisters were raised in a dysfunctional family. Once they were old enough, they began working as the help for rich families.

In 1926, they accepted positions as live-in maids for René Lancelin, his wife Léonie, and their daughter, Genevieve. They were given everything they needed. They ate like the family, lived in nice rooms, and were paid a standard wage.

Those were the only niceties for the sisters. Léonie was a difficult and demanding boss. She even performed white glove tests to see just how well they were cleaning things.

The sisters had to work 14-hour days with only a half a day off per week. Léonie chastised them frequently and micromanaged everything that they did.

On February 2nd, 1933, the Lancelins were supposed to eat out with some friends and were going to be out late. When the mother and daughter arrived home early to make a stop at the home, they found that the house was dark. 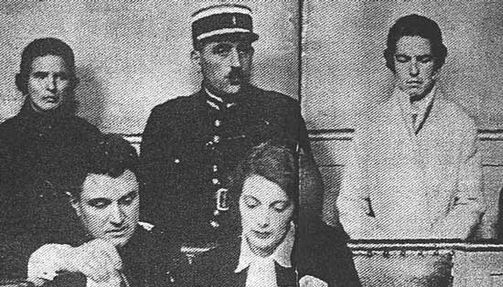 The sisters told Léonie that the power went out when Christine plugged in a faulty iron. According to the sisters, Léonie flew into a rage and began to attack them. Genevieve also joined in on the fight.

At the end of the fight, mother and daughter had both of their eyes gouged out and were beaten with a pewter pitcher and a hammer. The sisters then finished the job by slicing up the bodies.

The sisters locked the house up and locked themselves in their room. The police found them after René was worried about his wife and daughter. 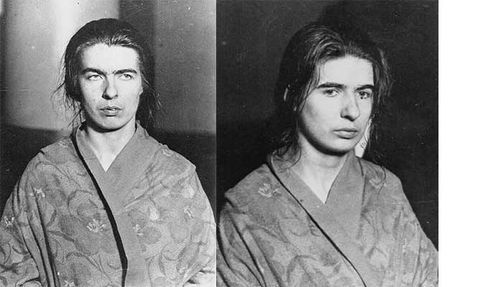 The sisters immediately confessed to the crime, but that wasn't the end of it. They tried to says that they were just defending themselves.

Psychologists who had heard of the case came to the defense and said that they were suffering from folie á deux, which is a shared psychosis. Other people believe that it was an attack fueled by class warfare.

Christine ended up dying in 1937 because she stopped eating. Léa is thought to have died in 1982, but actually died in 2001.