On February 19th, the body of Elisa Lam was found in the water tanks of the Cecil Hotel in Los Angeles, California. Hotel workers were implored to check the tanks because hotel guests were complaining of strange tasting water and poor water pressure.

When they arrived at the tanks, it was closed shut, but unlocked. It took two men to open up the heavy hatch that revealed Lam's body.

After an investigation, LAPD released video footage from February 14th of Elisa Lam acting strangely in one of the hotel's elevators. The already bizarre case took a creepy turn. 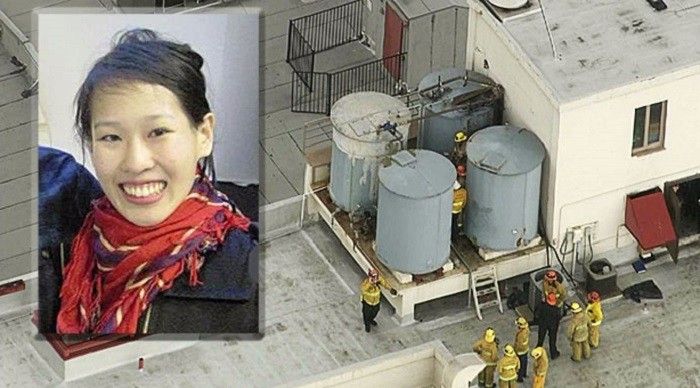 In the video, Lam can be seen pacing back and forth. She looks paranoid and distressed. At one point, it seems like she's trying to hide from someone in the elevator, which never closes despite her trying to press the button.

The video drags on for a while before Lam finally gives up and leaves the elevator. The reason the LAPD released that video is because that was the last time Lam was seen alive.

Lam was on medication for her bipolar disorder. Although, having a bipolar episode would not give her the strength to lift up that water tank all on her own.

If anything, this video simply added to the questions that the LAPD already had. What was she doing? Was she alone? How did she pick the lock, open the tank, and close it all by herself? Why was she nude?

The police ended up ruling it a suicide due to the fact there was no other evidence of foul play.