The Phantom Whistler of Louisiana 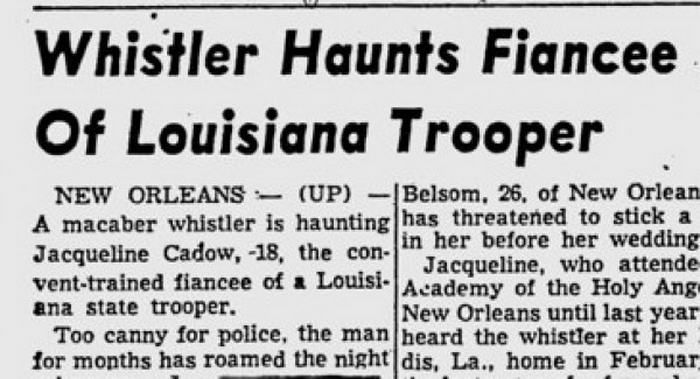 Jacquelyn Cadow was an 18-year-old New Orleans resident who was due to be wed to a state trooper named Herbert Belsom. Everything was going great for her until she started hearing some unusual sounds coming from outside her window on a particularly warm February night.

Jacquelyn heard a wolf whistle (look that up on youtube if you don't know what it is) from outside her window in the dead of the night. The whistle came closer and closer to her window incrementally until the morning light. Jacquelyn didn't think much of this until it came again the next night, and then the next night as well.

Jackelyn slept at Herbert's house to avoid hearing the whistle, she returned home to discover that her house had been broken into but nothing was stolen. 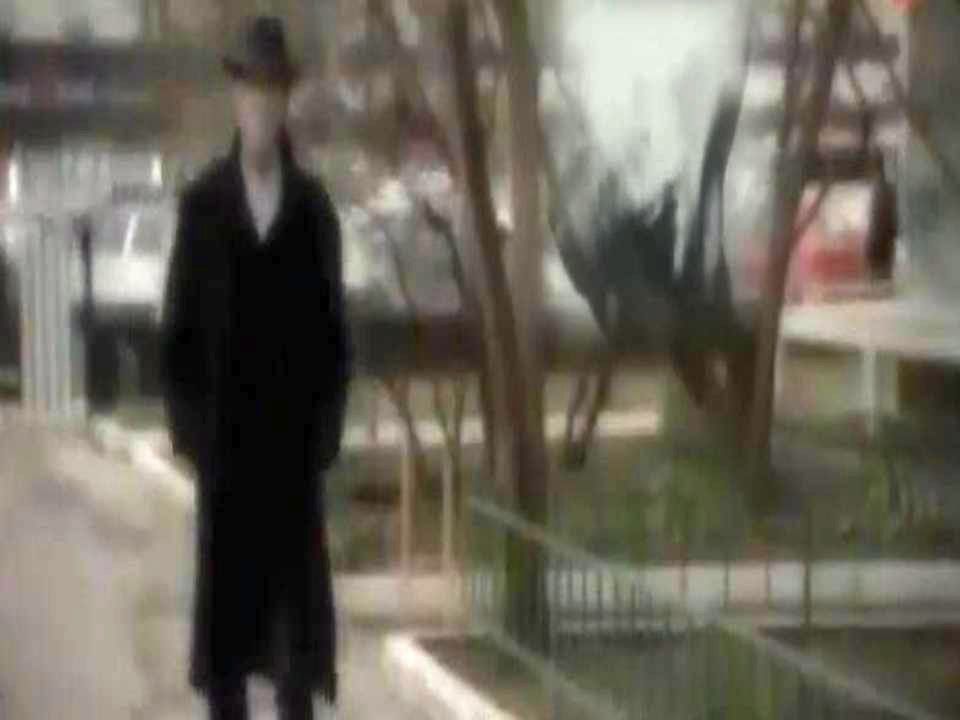 The whistling turned into threatening phone calls. Jacquelyn's mother would be subject to getting terrible phone calls during the day from someone threatening to kill Jacquelyn if she went through with her marriage with Herbert.

However, Jacquelyn refused to acknowledge these threats. She thought that someone was simply playing a cruel trick that wasn't rooted in malicious behavior at all.

The whistler returned every single night since they first appeared. The harmless whistling developed into bloodcurdling screams and knocks on Jacquelyn's window. Still, Jacquelyn refused to acknowledge the person at her window.

The harassment stopped the day that Herbert and Jacquelyn got married, and neither of them were able to figure out who, what, or why this happened to Jacquelyn.