Emilie Sagee was born in the early 19th century France and made her claim to fame as a star teacher. Her students loved her as well as her fellow faculty.

Most people kept these sightings to themselves until word started to spread. Emilie would be reported all over the city when it just simply wasn’t possible. Even her students would claim to see her out in the playground while she was also right in front of them teaching. 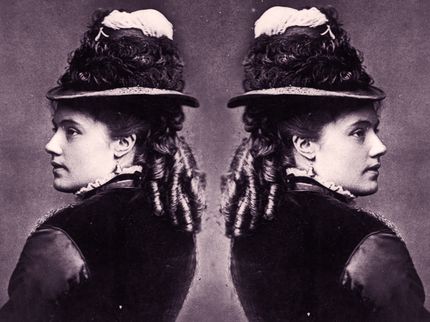 People started to report Emilie in bizarre spots of the school. Her supervisors assumed she wasn’t doing her job and fired her.

She reportedly couldn’t understand why she kept getting fired, as she never seen this doppelgÃ¤nger herself. It wasn’t until her 19th job that things got a little clearer…

She went to work at The Pensionat von Neuwelcke School in what is now Latvia.

One day, 13 students reported seeing Emilie’s doppelgÃ¤nger standing right beside her as she was teaching, mimicking her movements.

Weeks later, the doppelgÃ¤nger was seen again sitting in Emilie’s teachers chair while the “real” Emilie was outside in the garden. Some of the students even tried to touch the specter and reported that their hands went straight through her.

The phantom was seen everywhere soon after. She was always in the background.

After a while, Emilie lost her position at that school as well.

To this day, no one can say what was really going on. The entire account was reported by Scottish-born author and spiritualist Robert Dale Owen in his 1860 book Footfalls on the Boundary of Another World.