The Strange and Unexplainable Dancing Plague of 1518

When one resident of Strasbourg started dancing uncontrollably for a week, the rest slowly joined her. 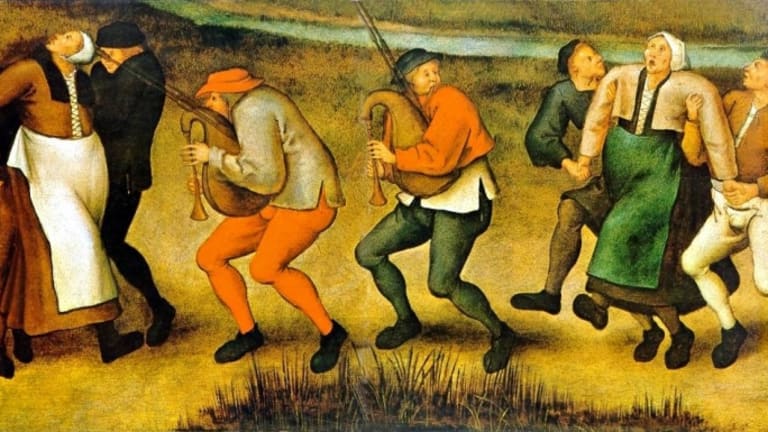 In June of 1518, the townsfolk of Strasbourg were relaxing in the summer sun, right when a woman named Frau Trofeffa stepped into the street and started gently swaying, moving her arms, and stepping to an unheard rhythm.

This might have been because of mass hysteria, confusion, jealousy, or literally any other reason, but after about a week of dancing, about a dozen other townsfolk joined in.

That number slowly began to raise, from one dozen to two dozen in a day, but only one week after the dozen townsfolk joined in dancing with Frau Trofeffa, the entire town joined.

Now, this does sound crazy, but these people genuinely could not stop dancing. The town governer contacted some local doctors, who diagnosed the entire town with “hot blood” (a very serious fictional ailment) and proposed that the town simply needed to “dance it out.”

And dance it out they did, the governor ordered a stage to be built in the center of the town, and the local government hired dancers to join and instruct the townsfolk. 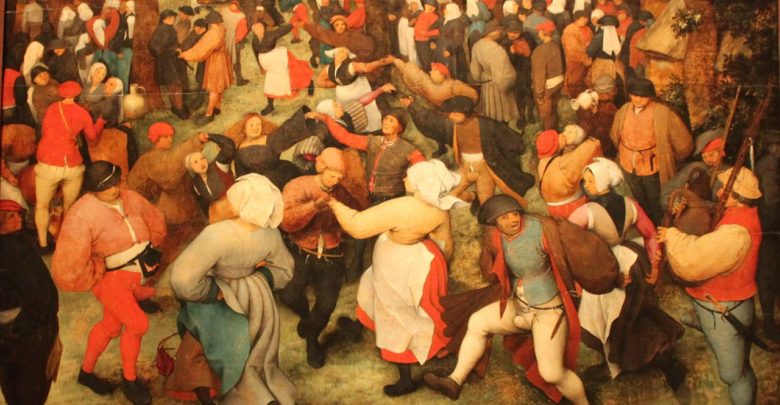 Over time, the dancing got more and more intense. 15 people died from either exhaustion, strokes, or heart attacks.

This strange craze did not end until several weeks later when a preacher came by the village and walked the dancers up onto a mountain to absolve them of their sins.

This is not the first time a citywide mania occurred, but this was definitely the most “fun,” and the most deadly.