In 1795, one teenager discovered an unusual hole, surrounded by non-native plants and objects. Little did he know, he uncovered one of the world’s most prolific mysteries to date. 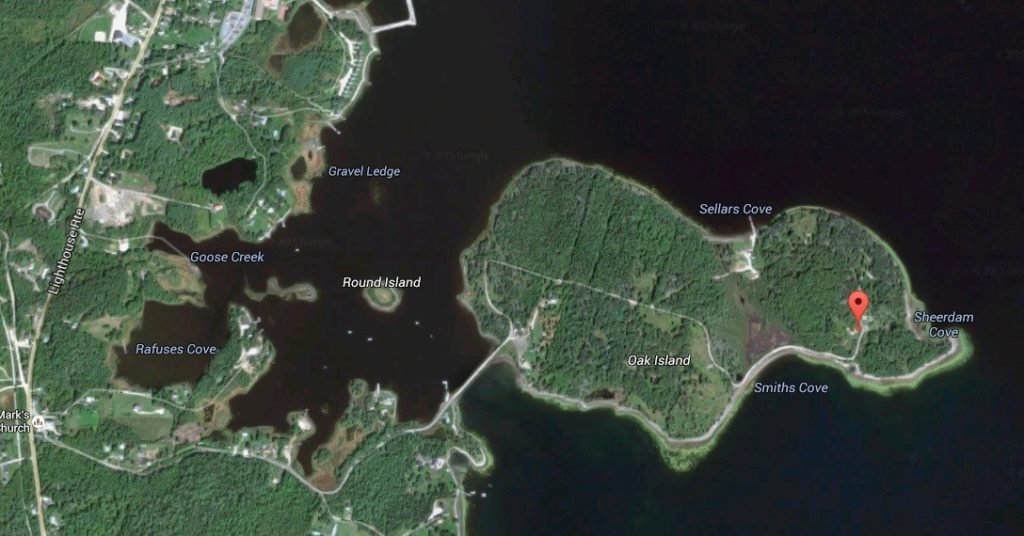 Daniel McGinnis was 17 years old when he spotted some strange lights at a far corner of the flat, Nova-Scotian island that he lived on with his parents.

The next day, McGinnis inspected the site, and much to his curiosity, he found a recovered hole, around 30 feet in diameter, which seemed to be fresh. McGinnis contacted his two friends and dedicated themselves to excavating into the pit, suspecting that the famous pirate Captian William Kidd had buried his hard-earned treasure there before he died.

The boys dug down, uncovering layers of intentionally placed stone and timbers acting as a dam to keep the mouth of the pit from collapsing. Much to their dismay, after digging 20 feet down, the boys did not find anything at all. The boys hit 30 feet before they decided to call it quits.

Seeking the adventure, the Onslow Company (a Boston based excavation company) purchased the plot of land that the pit fell on and decided to dig until they found something. Over the course of several months, the company dug the pit to 90 feet deep, unearthing their first important discovery since the excavation began. 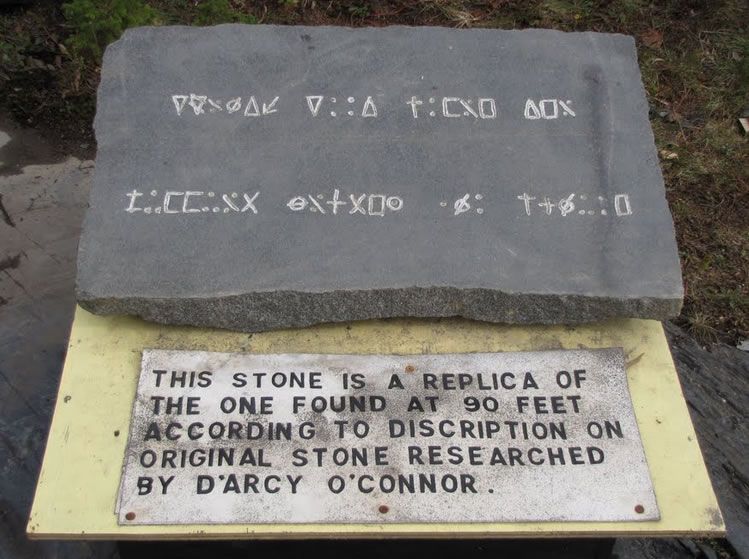 This encrypted stone took five years to crack, but eventually, a cipher was made and it determined that the stone tablet read “Forty Feet Below, Two Million Pounds Are Buried.”

The Onslow company got back to work, digging deeper than ever before, but at 110 feet, the hole began to fill with water. A mere 20 feet away from untold riches., the Onslow company was forced to terminate their search.

Years later, the Truro company took up the task of digging into the depths of the Money Pit. They devised a method using a pump siphon to suck the water out of the hole to resume excavation, but much to their dismay, the hole refilled just as quickly as it was pumped out.

The company began using an auger to dig deeper into the depths, without the need for the human hand. The auger dug to 130 feet and struck something solid, when the auger came back out, there was a piece of a gold chain attached to the drill, but nothing else was ever retrieved.

No matter how hard they tried, the pit would refill with water almost instantly after any attempt. The Truro company was forced to pause, and nearly 100 years later, more information was uncovered about the island.

Turns out, the entire south side of the island was manmade, and there was a temporary dam installed to block the ocean from hitting the shore during the excavation. Additionally, there were numerous draft vents built into the original dam, likely to prevent people from digging down into the hole within a specific timeframe.

Oddly enough, the bottom of this pit has never been discovered, not even in modern times. It is now a protected landmark, but digging any deeper will likely destroy what lies beneath, even if it is two million pounds.