We bet you didn’t know this was a thing, but you’re glad that you do now. 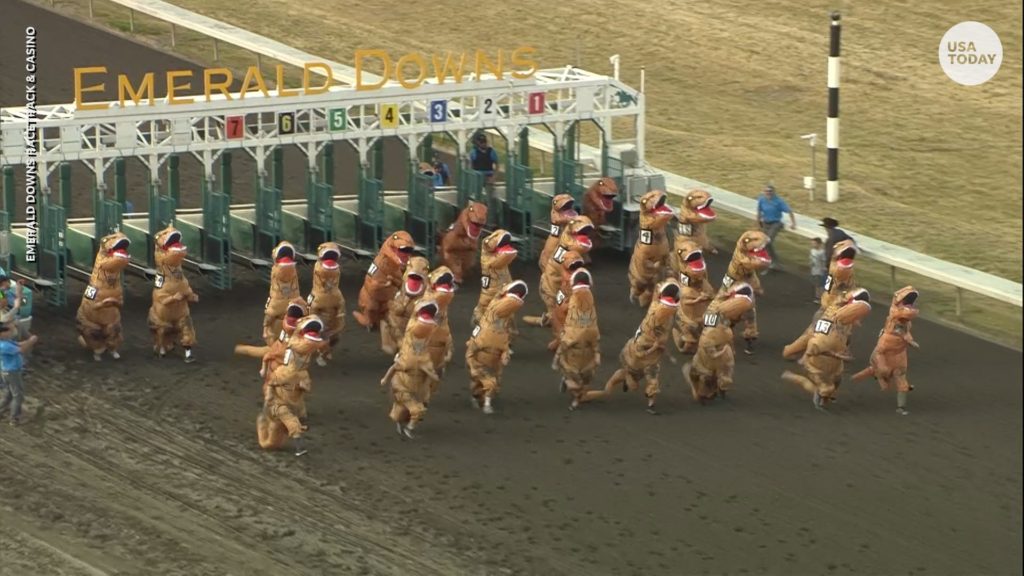 At the Emerald Downs racetrack, there was electricity in the air. 28 Shaq sized T-Rexes anxiously awaited the release of their cages, so they could push forward and race for the ultimate prize; bragging rights.

The sight of 28 people in inflatable T-Rex costumes is already bewildering, but now you can win money based on your assumptions. This is arguably a more fair system than horse racing or even human racing. Placing bets on a person you can’t see until they win could be considered deceptive, but I think that it’s a way to develop a better connection with your racer.

This year, a dinosaur named Regular Unleaded beat out Rex Girlfriend by a very slim margin winning the ultimate prize, a bunch of slaps on the back and probably a few free beers.

In the past, this was alluring for the standard crowd because the racers would tend to fall over and pile up close to the beginning of the race, but this year all the racers dialed it in. Nobody fell, and everyone did their best Usain Bolt impression successfully.