The True Story of the Soviet Kursk Submarine Disaster

A Navy fleet exercise became a desperate race to recover survivors hundreds of feet beneath the sea. 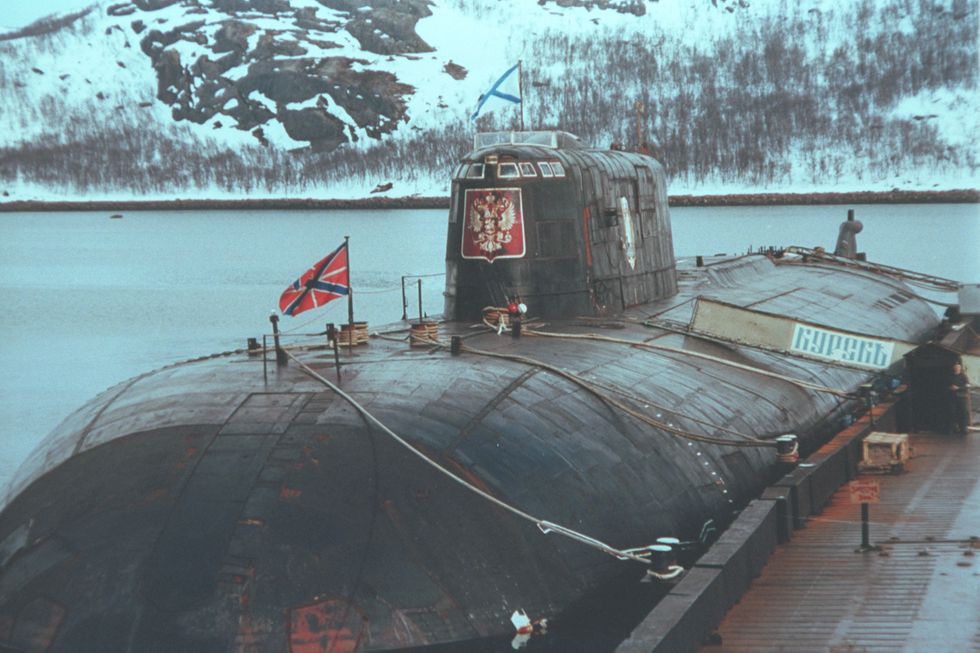 The USSR developed a class of submarines that could carry missiles that were powerful enough to get the job done. These subs were nicknamed “Oscar II” by NATO, a large class of nuclear-powered boats designed to take out carriers. The Oscar IIs were 508 feet long, 60 feet tall, and could displace (dive to this psi) 19,400 tons of water. The submarines were powered by a small nuclear reactor, making them much more powerful than their gas-powered counterparts.

The giant missiles these subs carried were two 24 P-700 Granit underwater rockets. These missiles were the size of small planes themselves and weighed nearly 20 tons. Typically, these submarines would carry one of each Granit torpedos, one carried a 1,653lb conventional high-explosive warhead (enough to take out smaller ships and damage a carrier), the other carried a 500-kiloton warhead (strong enough to vaporize an aircraft carrier in one hit).

Navy soldiers needed to practice in order to properly work with these high powered torpedos. During an exercise mocking an attack on Kuznetsov, an Oscar II armed with both missiles malfunctioned. Two explosions rocked the forward bow of the submarine, tearing a hole so large that the sub sank hundreds of feet into the depths. The explosion was likely caused by an improper weld on one of the torpedoes that made it malfunction and detonate.

The explosions and sinking didn’t kill all 118 crew members, immediately at least. After the event, one of the ship’s officers recorded 23 survivors remaining in the sub. After the events, the USSR put together a deep diving rescue team to try and save those who were trapped underwater, in the dark, with no reserve oxygen. 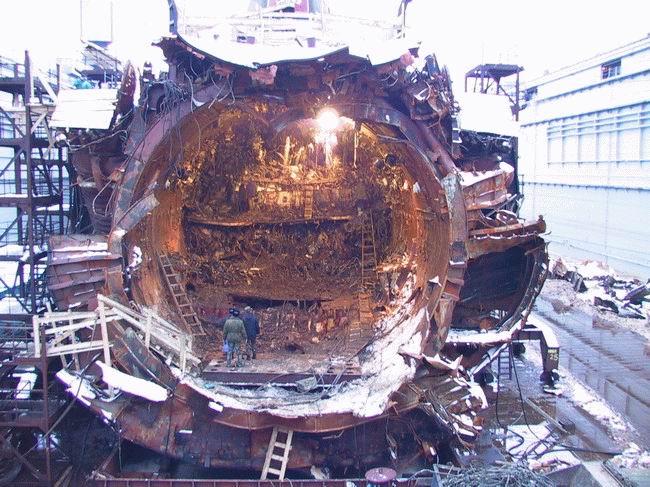 Unfortunately, one of the individuals trapped in the submarine sparked a fire, and being surrounded by nuclear fuel, he nearly burned everyone onboard to death. Some of the individuals hid under the water in the hull to avoid the fire, but after coming back to the surface, they all asphyxiated because the fire burned up all the oxygen in the cabin. There were no survivors.

The Kursk was retrieved in 2001 (pictured above) and now resides in the Russian Navy submarine shipyards at Roslyakovo.