The Weird Crimes of the Phantom Barber

In the world of unsolved crimes, this one is a bit of a doozy.

In 1942, folks in the small town of Pascagoula, Mississippi began reporting a series of break-ins. Except, this criminal wasn’t just breaking into homes, he was stealing something…

Instead of stealing valuables like jewelry or money, this criminal decided to steal peoples’ hair. Right off of their heads. 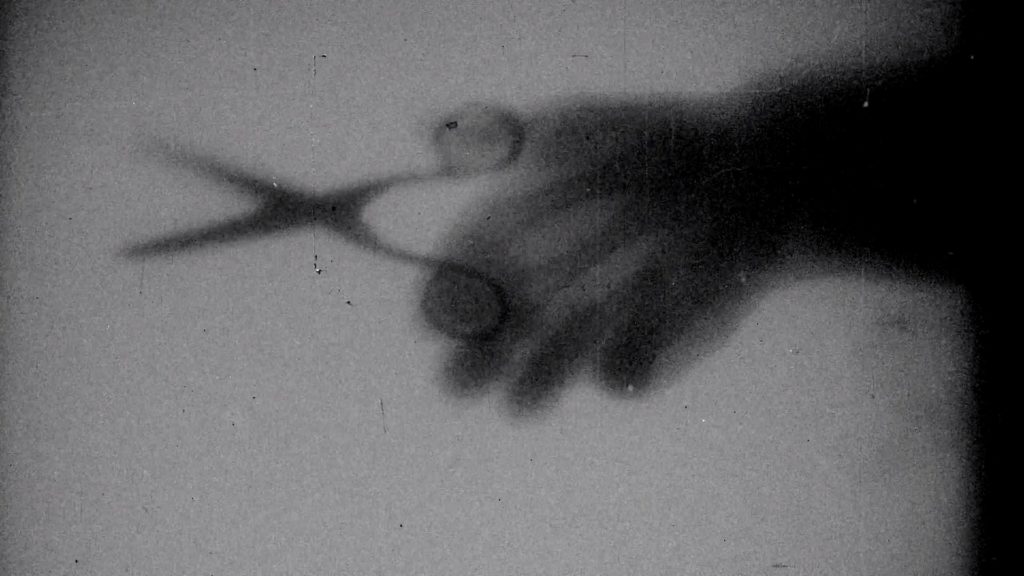 The Phantom Barber would break in and cut off locks of their hair.

It all began on a cool summer night in June. Mary Evelyn Briggs and Edna Marie Hydel woke up to a man climbing out of their bedroom window. The girls were unharmed, but they noticed that they were missing locks of hair.

When they called the police, Briggs described the man as, “sorta short, sorta fat, and he was wearing a white sweatshirt.”

The next break-in was more violent. The Phantom Barber broke into an older couple’s home ny cutting the window screen and hopping inside. This time, he attacked the couple with a heavy iron bar, knocking them unconscious. Then, he took their hair.

The last attack was that Sunday night. An older woman woke up because she had been hit with a sickening smell. She quickly passed out, and woke up hours later violently sick.

Turns out, the menace broke into her home, covered her face with a chloroform-soaked rag. Once again, she found that her hair had been cut.

Although that was the last attack, the townspeople had no idea when he would strike again. They were horrified and lived in fear for months about who would be the next victim.

Two months later, the police announced that they had the perp.

Apparently, 57-year-old Wiliam Dolan had been tied to the Phantom Barber invasions. The police allegedly found a large bundle of human hair behind his home, and some of the DNA matched Carol Peattie’s hair.

He was quickly found guilty of attempted murder and sentenced to 10 years in prison. 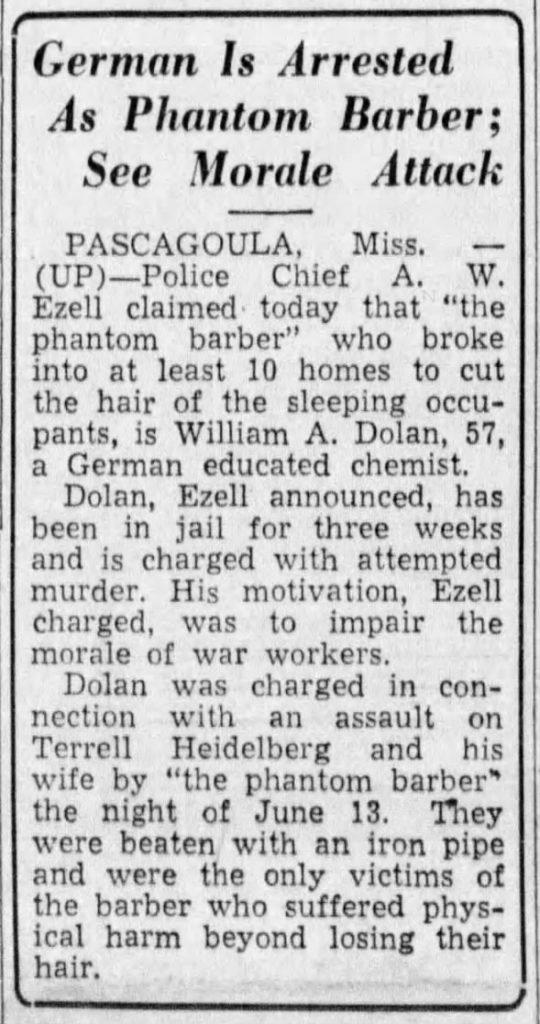 After six years, Dolan was allowed to have a lie-detector test about the break-ins. He passed.

Some people began to believe that the police planted the hair on the chemist’s property just to get some sort of individual in jail.

At this point, no one know’s who went on a weird weekend hair-clipping spree.