The Weirdest Things People Have Swallowed

Parents, keep a close eye on your little ones. It’s never a good idea to swallow anything that isn’t food. 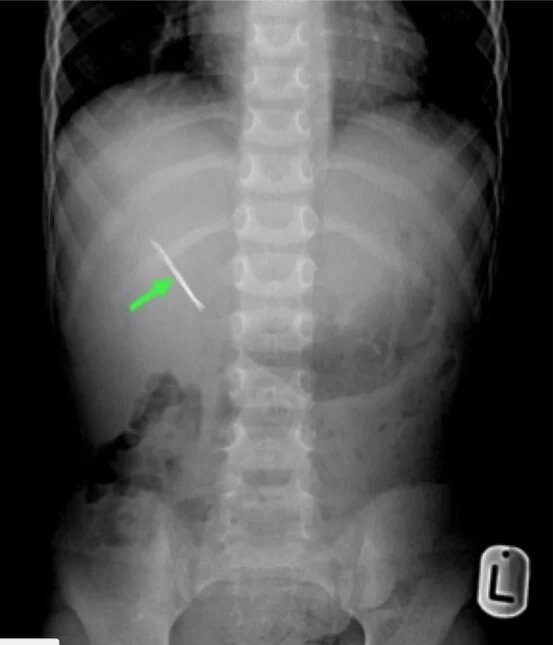 Nobody really thinks of swallowing hair accessories on purpose, but this four-year-old boy in Saudi Arabia thought it would be a fun snack at the time. The boy admitted discomfort to his parents, who rushed him to the hospital to discover that the bobby pin had rusted and sharpened after months of being lodged in his lower intestine. The bobby pin pierced through the intestinal wall and into his kidney, fortunately, doctors caught it when they did, the boy made a full recovery in two weeks. 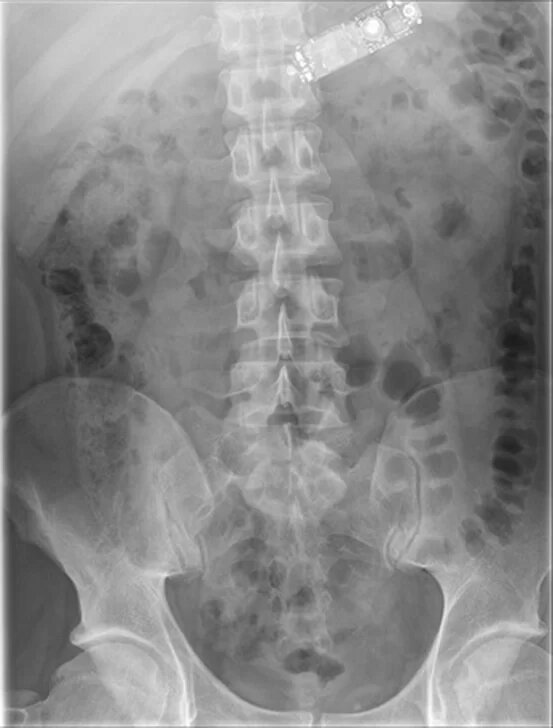 A man in a Dublin prison tried to sneak this cellphone into his cell by eating it. After several weeks of not passing the phone, the man went to the infirmary and got this x-ray. Initially, doctors tried to remove the phone by pulling it back through the esophagus. When that didn’t work, they had to surgically remove the phone. 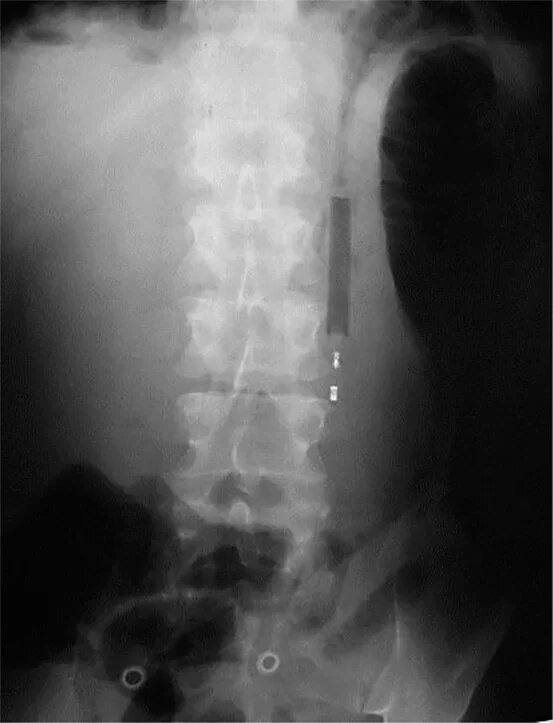 A Croatian man was being interrogated for an accusation that he was smuggling drugs, for some reason he thought the lighter he had on him would be incriminating, so he wrapped it in cellophane and swallowed it. This lighter was inside the man’s stomach for 17 months, until he approached doctors and had it removed.

On the way home from a swim meet, this 10-year-old Texan had taken apart her fidget spinner and popped the bushing into her mouth to clean it (ew). She instantly started choking as the object lodged itself in her esophagus, and her mother pulled over into an urgent care facility, who sent her to the hospital to get the object surgically removed. 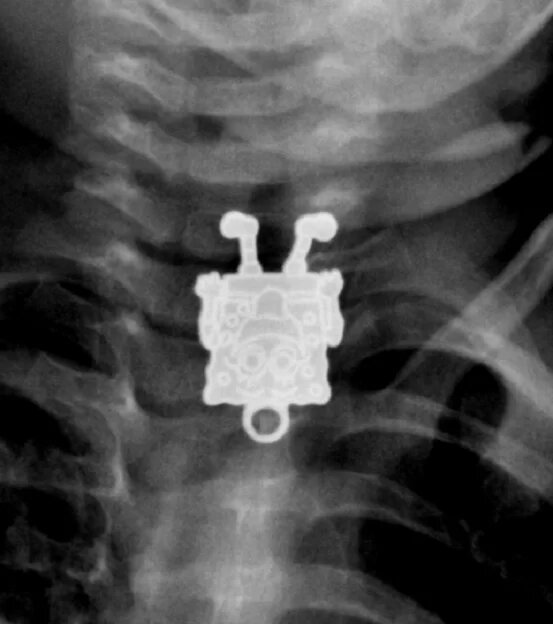 A 16-month-old boy in Arkansas swallowed his big sister’s Spongebob pendant, which went unnoticed until his sister remarked to their mother that her toy was missing. Their mother rushed the boy to the hospital to get the pendant removed, the boy was completely unscathed and experienced no discomfort at all.