Theories About The Lost Colony of Roanoke

We all know about the mystery of Roanoke. It’s an interesting story that our elementary school teachers taught us when we were learning about the history of early American settlers.

A group of 90 men, 17 women, and 11 children settled on Roanoke Island back in 1587. They were testing the waters for more settlers to set up shop in across the world.

When a couple of men traveled back across the sea to get more supplies for the colony, they were shocked to come home to an empty settlement. They disappeared without a trace.

Carved on a post of the fort was the word “CROATOAN” and “CRO” had been carved on a nearby tree.

Hundreds of years later, tons of theories have been conducted.

Some think that a Native American tribe attacked the colony, who had close ties with the nearby Croatoan tribe. They think that another tribe, the Aguascogocs, were not happy with the relationship. 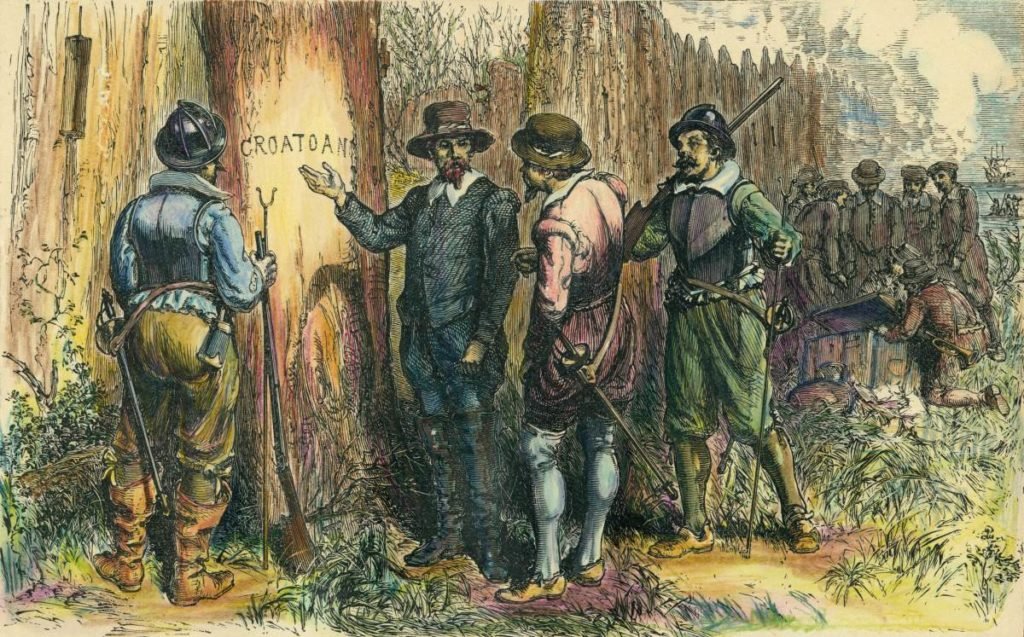 Others have said that the colony, on the verge of death with no supplies left, went to live with a native tribe for protection and eventually moved on in smaller groups.

In some later years, other settlers have claimed to have seen several members of the Tuscora tribe with blond hair and blue eyes, very different from most Native American attributes of dark hair and dark eyes. This led to the assumption that they shared Roanoke blood.

Another theory says that when John Smith, head of the Roanoke settlers, talked with the neighboring Powhatan tribe about what happened. Allegedly, Chief Powhatan said that his tribe slaughtered the Roanoke settlers because they were living with the Chesepian tribe, who they shared bad blood with.